July 16, 2010
Okay, so this is the third one, using Dashiki and Psychedelic Sister 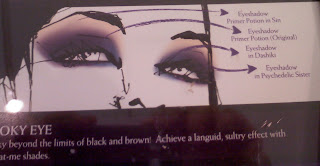 Mine came out not as perfectly smoky, but it still looks pretty cool: 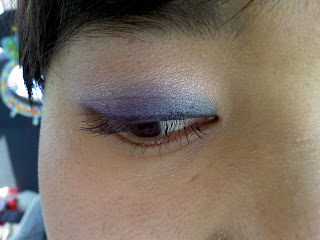 - Psychedelic Sister all over the lid, up to my natural crease
- Dashiki on the inner third of the lid
- Sellout (in lieu of UDPP Sin) to blend the line
- Ink for Eyes in Zero along upper lashline
- MAC Zoom Lash Mascara 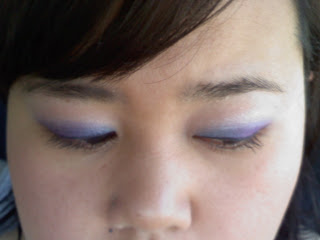 Also... maybe you can't tell by the photos, but my skin looks super awesome, and I owe it to a very odd product: Monistat Anti-Chafing Gel!!! No, not the actual yeast infection medication, but just the soothing gel. This isn't a new discovery, but it's one I've been meaning to try for a while. Apparently Monistat Gel contains similar ingredients to Smashbox's Photo Finish primer, but it's only, like, $7 compared to Smashbox at $36. And it works just as well! My skin is nice and matte, and my pores are a bit smaller. It's not quite as good as BeneFit's PoreFessional, but it's a heckuva lot cheaper!