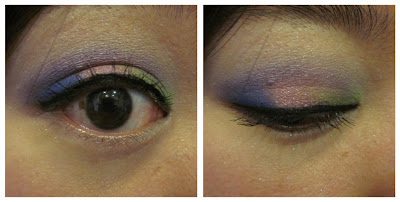 * Everytime I think of this eyeshadow, I think of the Yeah Yeah Yeahs song of the same name, and sing it to myself in my head. I <3 YYYs!