(That aren't new by any means, but it could be new to you!) 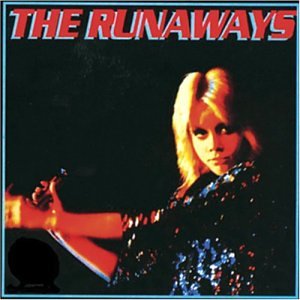 The Runaways' self-titled debut album
I saw the movie a few months ago (yes, I was madly curious about seeing Kristen Stewart and Dakota Fanning as Joan Jett and Cherie Currie), and totally fell in love with their music. When I listen to them, I don't get the feeling of "Hey, this is an awesome CHICK band," I feel like they're an awesome band, PERIOD. It's precisely my kind of music - unabashed hard rock with five young girls who are really good at what they do, and have attitude to spare. And there are always so few female rock heroes, particularly teenage ones. For girls who need something edgier than the squeaky-clean Disney-fied pop starlets of today, check out The Runaways. My favorite tracks: "You Drive Me Wild," with the supremely sexy Joan Jett doing vocals (and you have to remember that she probably wasn't even 18 when they recorded this); "Cherry Bomb," the song that everyone knows, and that still rocks hard anyway; and "Dead-End Justice," the album's rather epic closing track, featuring Joan and Cherie trying to break out of juvie.

Leverage
My brother got me into this show. I have to admit, I'm generally resistant to watching these crime-y, action-y, basic-cable-channel tv shows, but I've been kind of interested in this one for two reasons: one, I kinda have a crush on Christian Kane (dating back to when he was on Angel), and two, the show also stars Gina Bellman, who was in my FAVORITE sitcom ever, Coupling. So I finally got around to watching it, and it's pretty awesome, and not at ALL what I thought.

Like I said, I'm pretty sick of these self-righteous crime-solving shows. But Leverage isn't a crime-solving show, it's a... um... crime-committing show? The premise is as follows: Timothy Hutton plays Nathan Ford, an ex-insurance investigator who is down on his luck and down on life because his very own employers denied coverage for his son, causing his son's death. He, "an honest man," joins up with four other thieves, and together, they pull Robin Hood-esque scams on the evil rich guys and corporations who legally get away with screwing over normal, kind, good-hearted people. As they say on the show, they "pick up where the law leaves off." Rounding out the team are a grifter (who does the conning, the acting, the persuading), a hitter (literally, the guy who beats people up), a hacker, and a thief (well, they're all thieves, but specifically, she cracks safes, crawls through elevator shafts, pickpockets, etc). Ford is the mastermind, the one who has all the plans and the ideas and who leads the team. Special mention goes to Mark Sheppard, who plays Sterling, Ford's archrival! Mark Sheppard is awesome.

The show has an Ocean's Eleven feel to it without having a smarmy, George-Clooney-Brad-Pitt-Julia-Roberts-ensemble-movie feel to it. Generally, they show the con being run, sometimes it goes wrong, but then it almost always turns out okay at the end, and you will see certain key moments being explained in flashback.

It's funny, smart, and not too corny, and you really kind of fall in love with all the characters because they're just so badass. I'm not entertained by much these days, so discovering this show was quite a treat. They just had their mid-season finale last week and won't start up again until November, but that means it's a good time to catch up on episodes. Some of my favorites: "The Nigerian Job," which is the very first episode and explains everything you need to know; "The Rashomon Job," in which the crew all recount an evening five years ago (before they knew each other) where they all tried to steal the same thing, and each tells their story; and "The Van Gogh Job," guest-starring Danny Glover, and featuring some really fabulous 40's sequences with Beth Riesgraf and Aldis Hodge playing different characters than who they normally play. 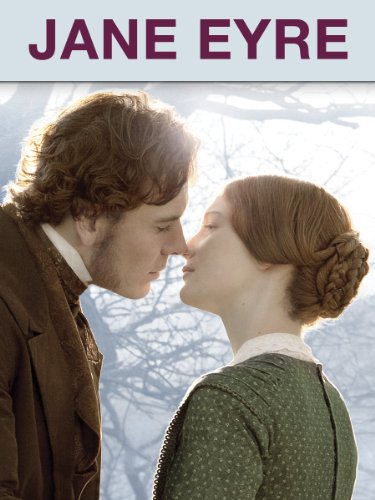 Jane Eyre
In addition to being one of my favorite novels, Jane Eyre has now become one of my favorite movies, thanks to awesome performances by Mia Wasikowska and Michael Fassbender (whom I have a huuuuuuuuuuuuuuuge crush on). I've seen other adaptations before, and they've just never felt quite right to me - either the acting was off, or the adaptation left something to be desired. I actually thought this one was quite perfect.

The basic story is, Jane Eyre is a poor orphan who is sent to a girls' school by her cruel aunt. Jane grows up to be intelligent and accomplished, and upon turning 18, she goes to live at Thornfield Hall as a governess. There she meets the master, Mr. Rochester, who is tall, dark, and... well, he's not supposed to be particularly handsome according to the book, but seriously? Michael Fassbender is hot. Ahem. They fall in love, and plan to get married, but... there is a dark secret lurking in the attic.

I love the quiet strength with which Wasikowska plays Jane. She's not feisty, but she's not a pushover. She doesn't ask you to feel sorry for her. You get glimpses of the passion that is brewing beneath the surface for the man she loves, but she exhibits a very believable amount of restraint.

And Fassbender's Rochester is probably the only time I've ever liked the character, as I am usually unsympathetic to someone who is a LIAR LIAR PANTS ON FIRE, literally. (I will shamefully admit that it might have a lot to do with his good looks.) I really feel like the piece de resistance of his performance is the scene where, after Jane learns the big secret, Rochester is trying to convince her to marry him anyway. It's a very emotional scene, and rather than being unnecessarily dramatic, it had a very real sense of grief, a very real sense of pain and suffering at the idea of losing her. I actually felt sorry for Rochester! It felt like a  genuine moment of realization that he'd made a huge mistake, and that the weight of the consequences of his decisions is suddenly crashing down all around him.

I have to say, though, that this is absolutely my favorite moment of the whole film.

In short, yes, I absolutely recommend this adaptation.