Urban Decay's pencils (regular and shadow) are my holy grail product. If I ever lost everything in my makeup collection, I would be most heartbroken about losing these. They're creamy, budgeproof, and for the most part extremely well-pigmented, and they come in a huuuuuge range of colors, as you can see above.

Having little else to do on a Saturday night, I decided to swatch them all. This collection includes some limited edition shades and some discontinued ones as well. They were swatched on bare skin (no primer).

(Shadow pencils are denoted; otherwise, they are the regular eye pencil shades) 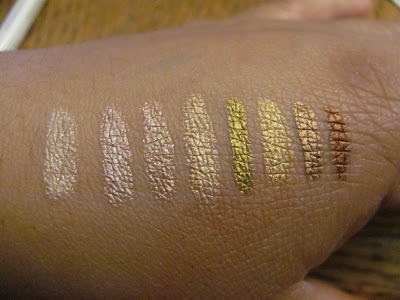 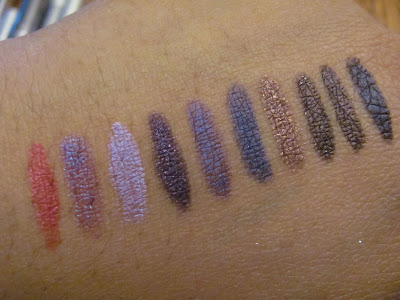 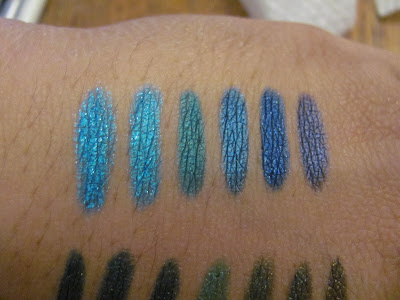 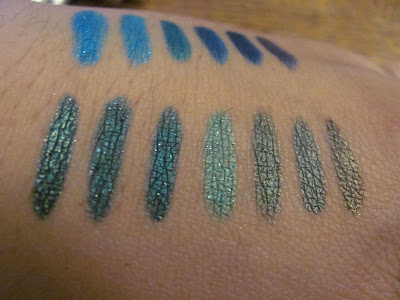 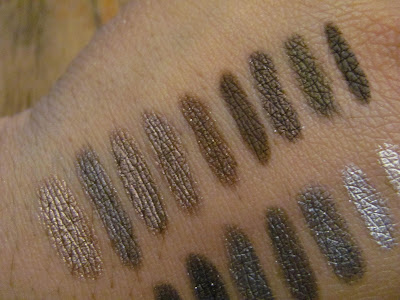 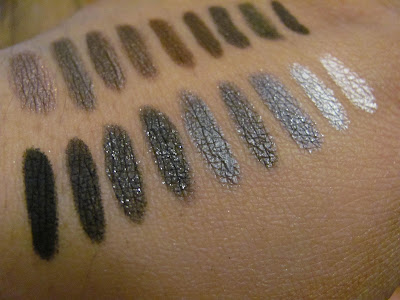