Random complaints on this day


I just reintroduced chocolate (non-dairy, non-soy, non-gluten), and it's making me feel ill.


Someone call me when the Giants are ready to stop ****ing around and want to get serious about baseball. I've been watching them follow the same pattern since 2005:
- sign players past their prime or other teams' castoffs, and hope for a fluke (which is what the 2010 World Series was, make no mistake)
- bring up younger players and then send them back down when they don't deliver RIGHTNOW, RIGHTAWAY
- lose stupidly close games because we can't manufacture runs in clutch situations but every once in a while have a blowout when we really didn't need to, thereby skewing our rotation's win-loss records
- discuss, wonder, speculate: What's wrong with Barry Zito?, and come up with any possible explanation except the one that makes the most sense: Maybe he just isn't that good anymore!!
- play guys who aren't producing instead of guys who COULD produce just because the opposing pitcher that day is right-handed or left-handed.

I just stepped in dog poo. On my carpet. Bare-footed. Goddammit. 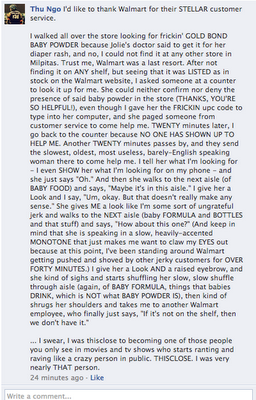 
... I think I need a drink. You know, if I were the sort to drink, which I'm not. Such as it is, I'm going to have another paleo cookie. BECAUSE I DESERVE IT.