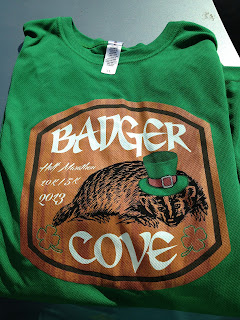 HM #5 on the year: Badger Cove in Livermore, CA.

Accompanying me on this race was my fellow runner friend and NDSJ alum, Sonia, as we slowly made our way through this picturesque and hilly scene.

Wisely, I decided we'd take the early hiker start, since I had no idea exactly how hilly it would be, and I thought I might not want to have to push myself when I've just lately been getting back into the groove of things, health-wise. I've had a nagging pain in my leg this past week, and I just didn't want to risk injuring myself on a hilly race and prevent myself from doing well on future races that I actually can run.

The beginning of the course looked like the Shire from Lord of the Rings - beautiful green hills, trees, packed dirt paths (albeit narrow). Eventually the rolling hills turned into something like this:

ALL the hills were hard, but there were a few that were especially cliff-like, like the one above. And we had to do it TWICE, since it was a loop course.

Along the way, I ran into a woman whom I had met doing the Summit Run - she was also a back-of-the-packer and she remembered me. It was great to chat with her about running and what we've been up to (running-wise) since we first met in December. She, like me, is a heavier runner and newer to the sport, but with a fierce passion for racing.

During the last mile, Sonia ran ahead to the finish, and I eventually ambled in at 4:11:45.

I think... I'm done with these hilly trail races. I was going to pursue the Ultra Half Challenge, but I think I am not meant to achieve that level of badassery right now. I'm barely taking on these hills standing up, and due to the rules, I would HAVE to run the Rocky Ridge HM right in the middle of my marathon training, which I think will be more pain than anything, for me.

Next up: Santa Cruz HM. 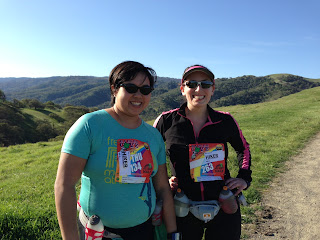 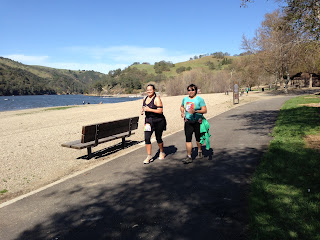 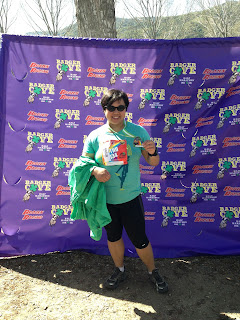 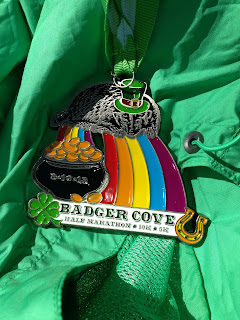 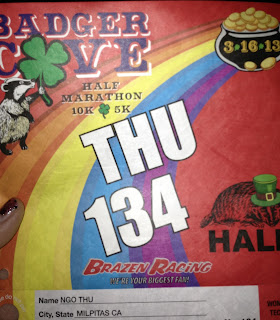