November 26, 2013
This is in no way meant to be even a remotely impressive tutorial - I've been sick with something awful for three weeks, and it shows. However, I'm posting it because I though people might want to see how some of the shades show up against my skin. (I'm a MAC NC40, UD Naked Skin 7.0.) 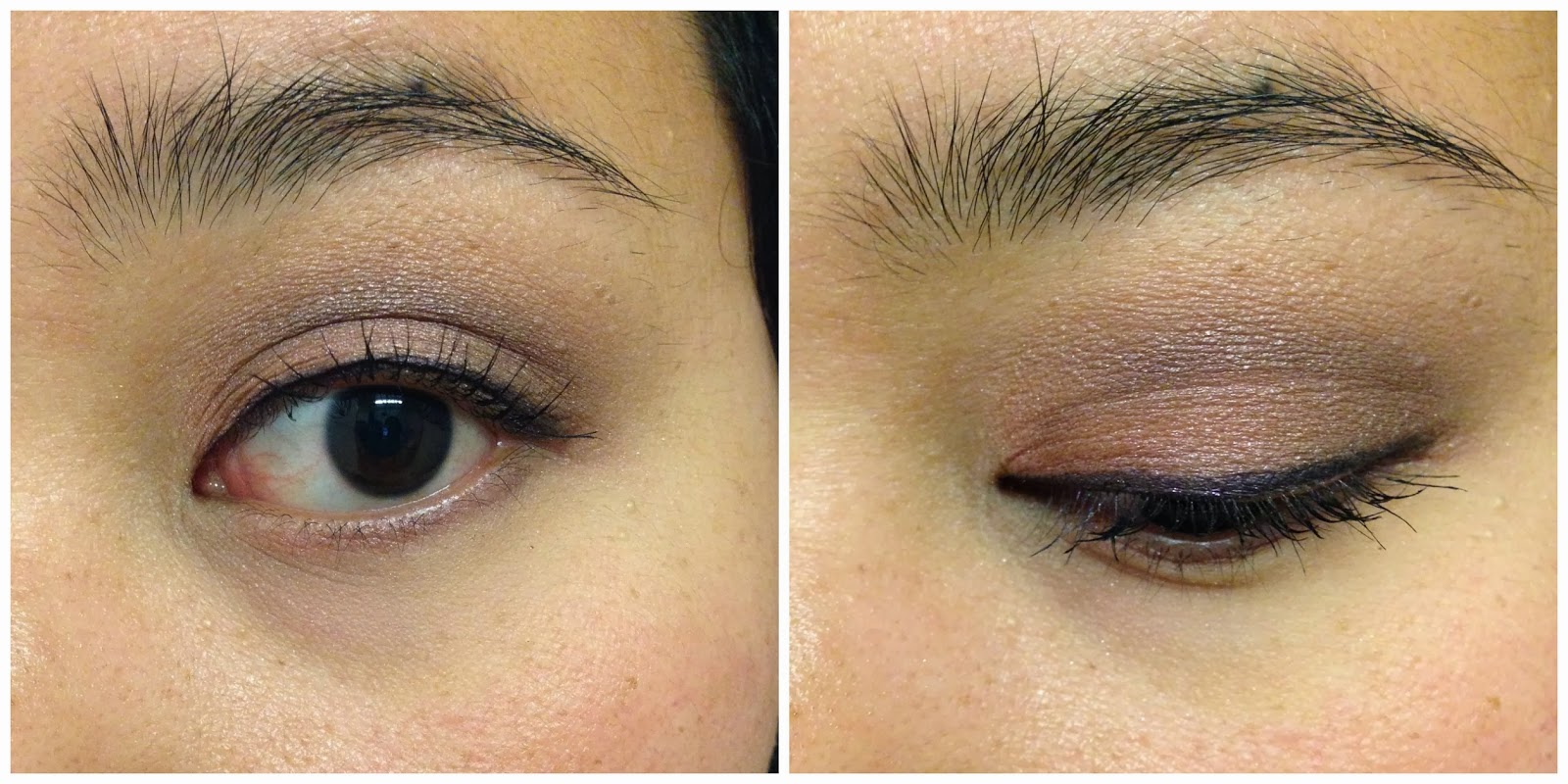 Buzz is described as "metallic rose shimmer" and Liar is described as "medium metallic mauve shimmer." On me, everything looks more brown than in the pan, but I can see the hints of pink as well. I'm curious to use these exact colors again over my NYX Milk pencil and see how different it looks on a white base.