I made lipstick with crayons.

I was so inspired by this blog post (which I discovered through Sheila of Painted Ladies), that I HAD to try this for myself. Because you know how I love crafting and makeup.

So I gathered the materials as recommended, including:

and containers I bought from Michaels:


and coconut oil, which I already had a jar of because I cook with it sometimes. (Don't worry, it wasn't contaminated with food or anything - I always use a clean spoon to scoop it out.) I also had my handly spritzer bottle of rubbing alcohol to sanitize the containers.

So I followed the directions as written (double-boiler and all - next time, I'm using the microwave), and I decided to make six for my first go around.

I found that for the most part, these ended up being more like a tinted lip balm than a lipstick, and I think I need to play around with the proportion of crayon to coconut oil a bit to find the right amount of pigmentation, but overall, I really like everything that I made, and I will totally do this again. (Though, it's not like I'm so lacking in lip products that I need to make more =P) Aside from one (which I'll talk about later), it didn't smell or taste like crayon. The coconut oil scent was strong, and it was actually SUPER moisturizing. Usually when I swatch a bunch of lip products in succession, my lips get really irritated, but not this time. 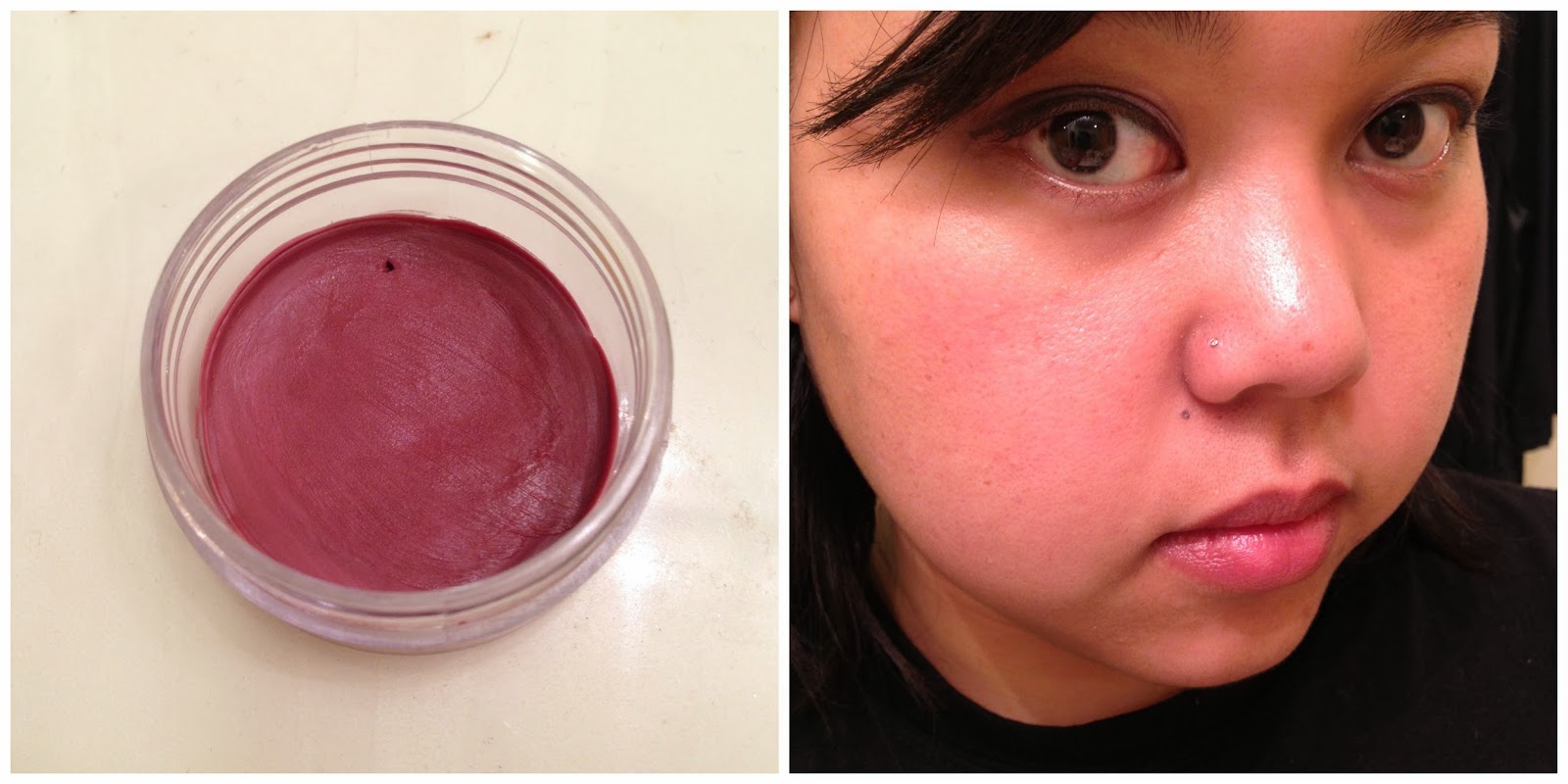 This one is about .75 Brown and .25 Carnation Pink with 1/4 tsp oil. (If the numbers are confusing, please refer to the instructions in the original blog post.) I just wanted a sort of my-lips-but-better shade, and it looked dark in the pan, but ended up being sheer (again, more balm than lipstick). 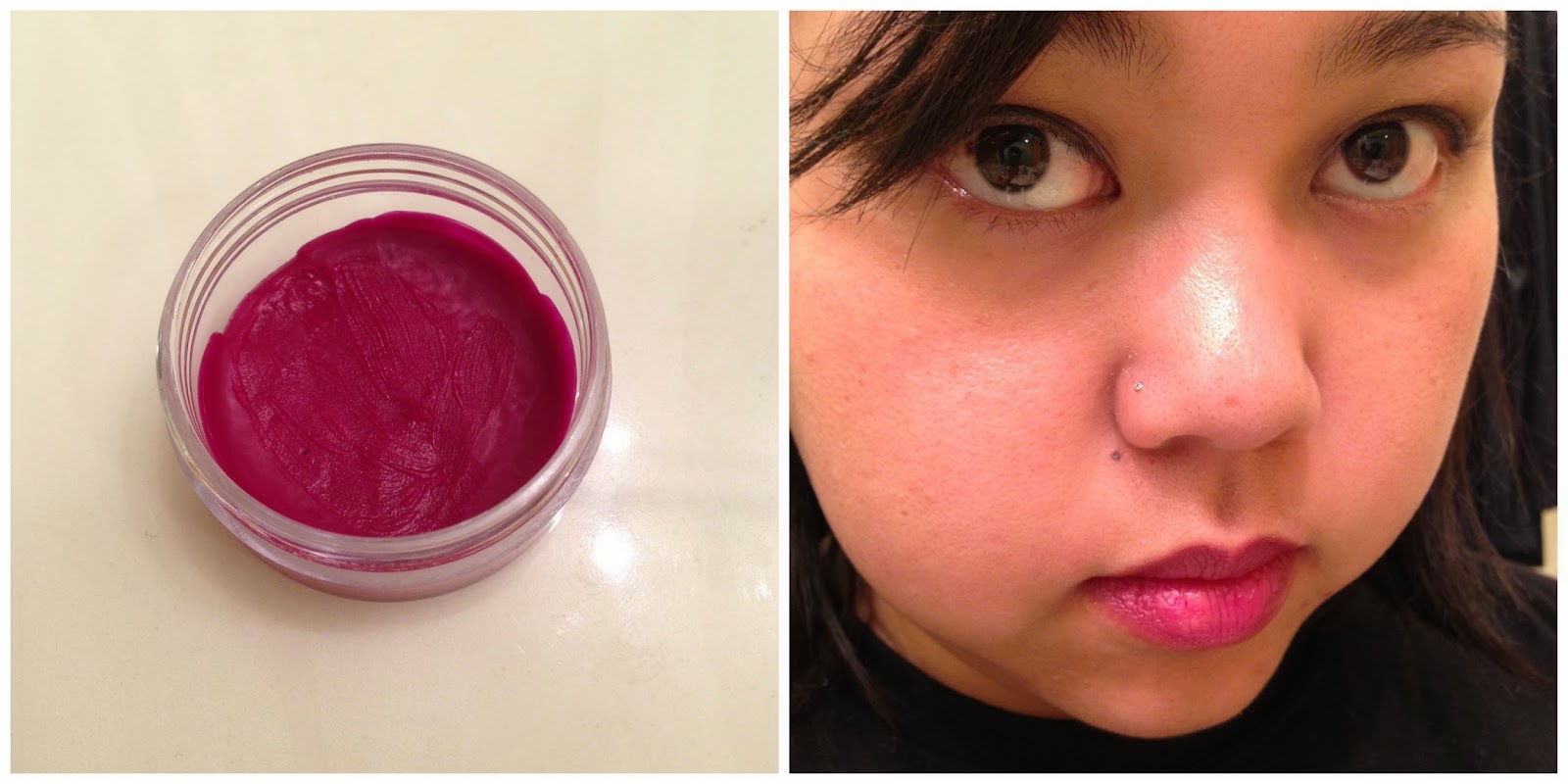 This one is 1.0 Red Violet. I don't know if I put a little too much coconut oil, because this one was squishier than the others. (I probably did. I thought I measured out 1/4 tsp, but I probably wasn't being precise enough.) I want to play around with this color again because it's one of my favorite colors for lips, and would love to get a more opaque formula. 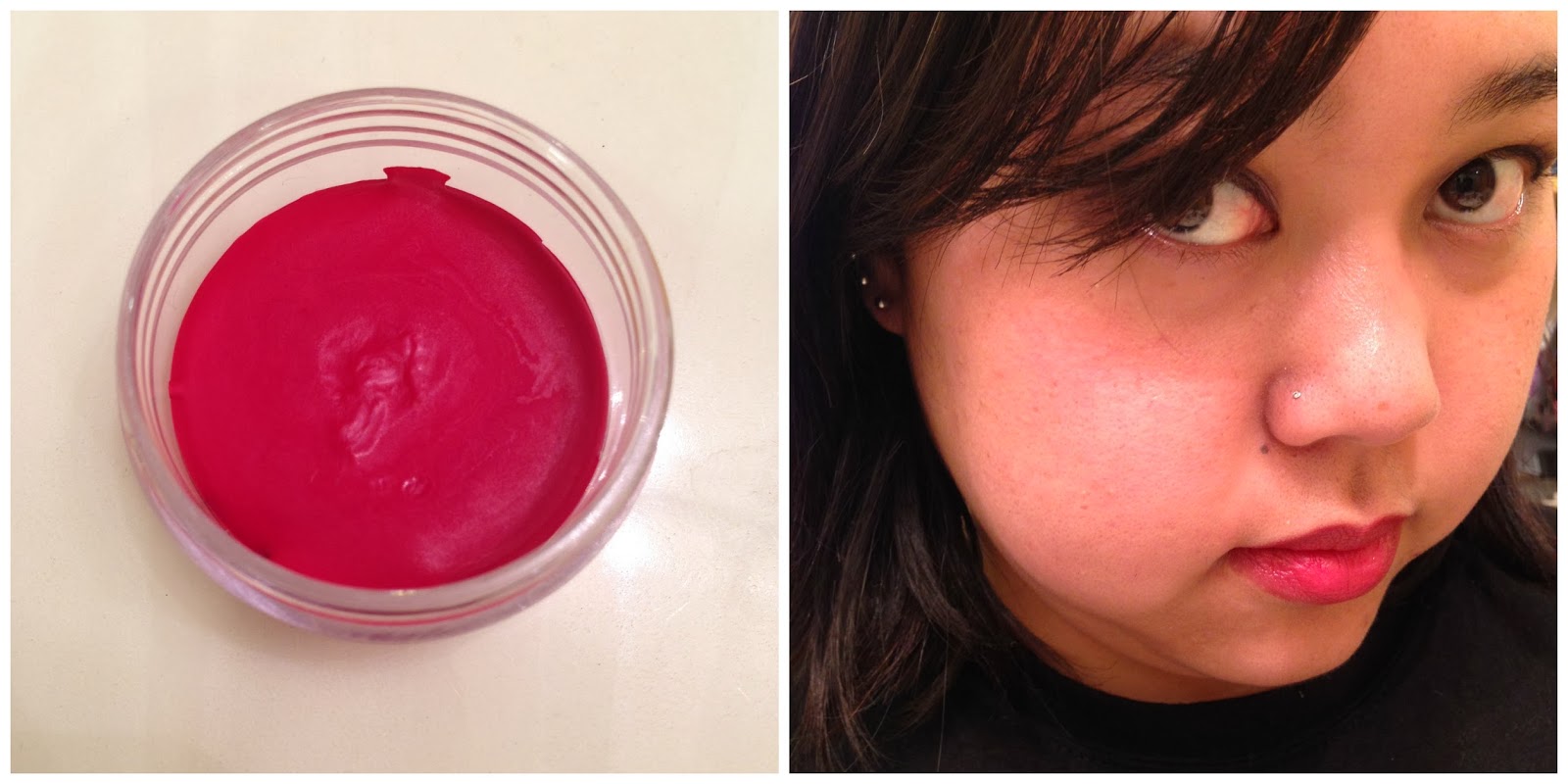 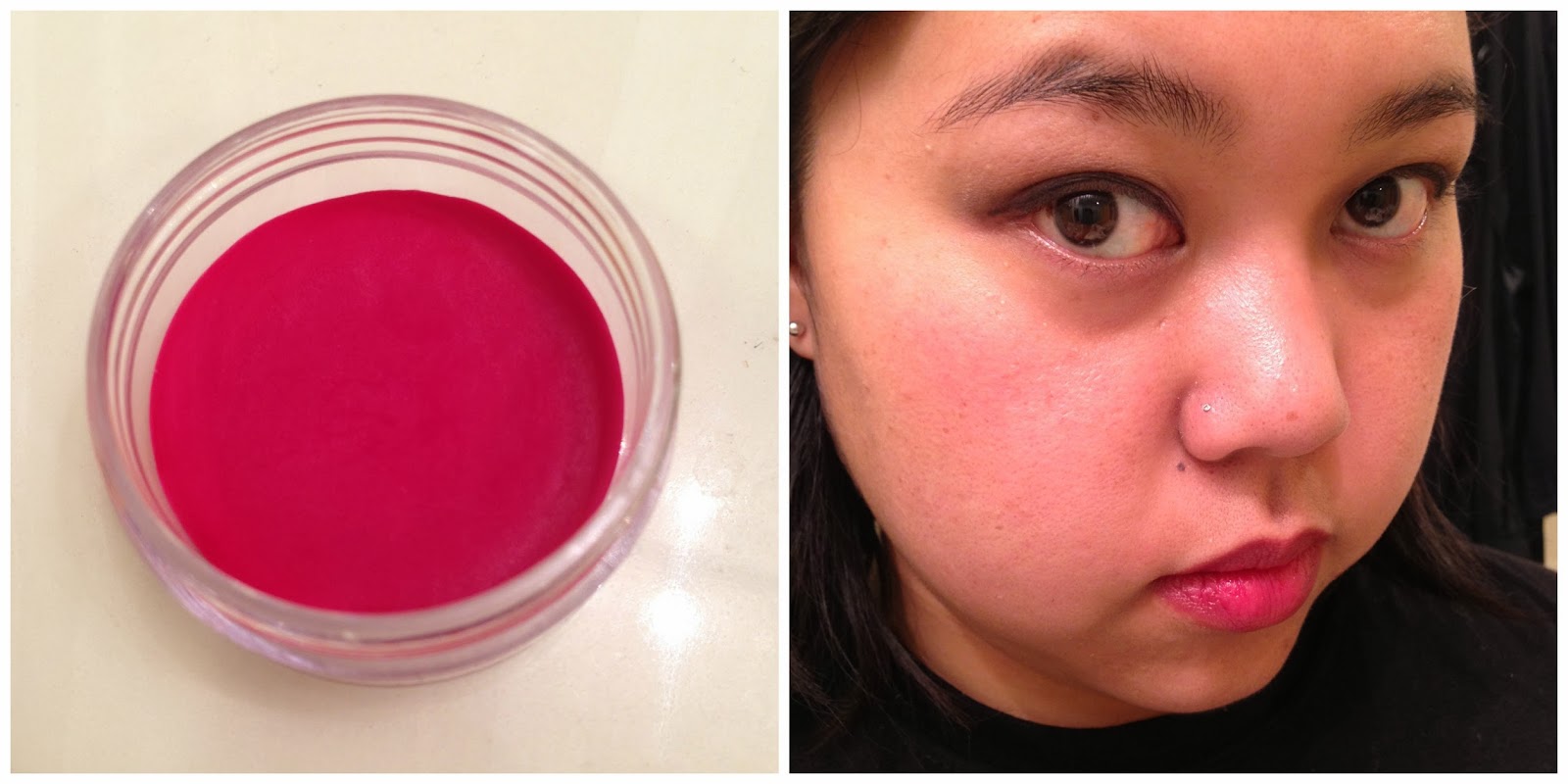 This is 2.0 Violet Red with 1/2 tsp oil. Came out a little sheerer than the regular Red, for some reason. (Probably the proportion of oil.) 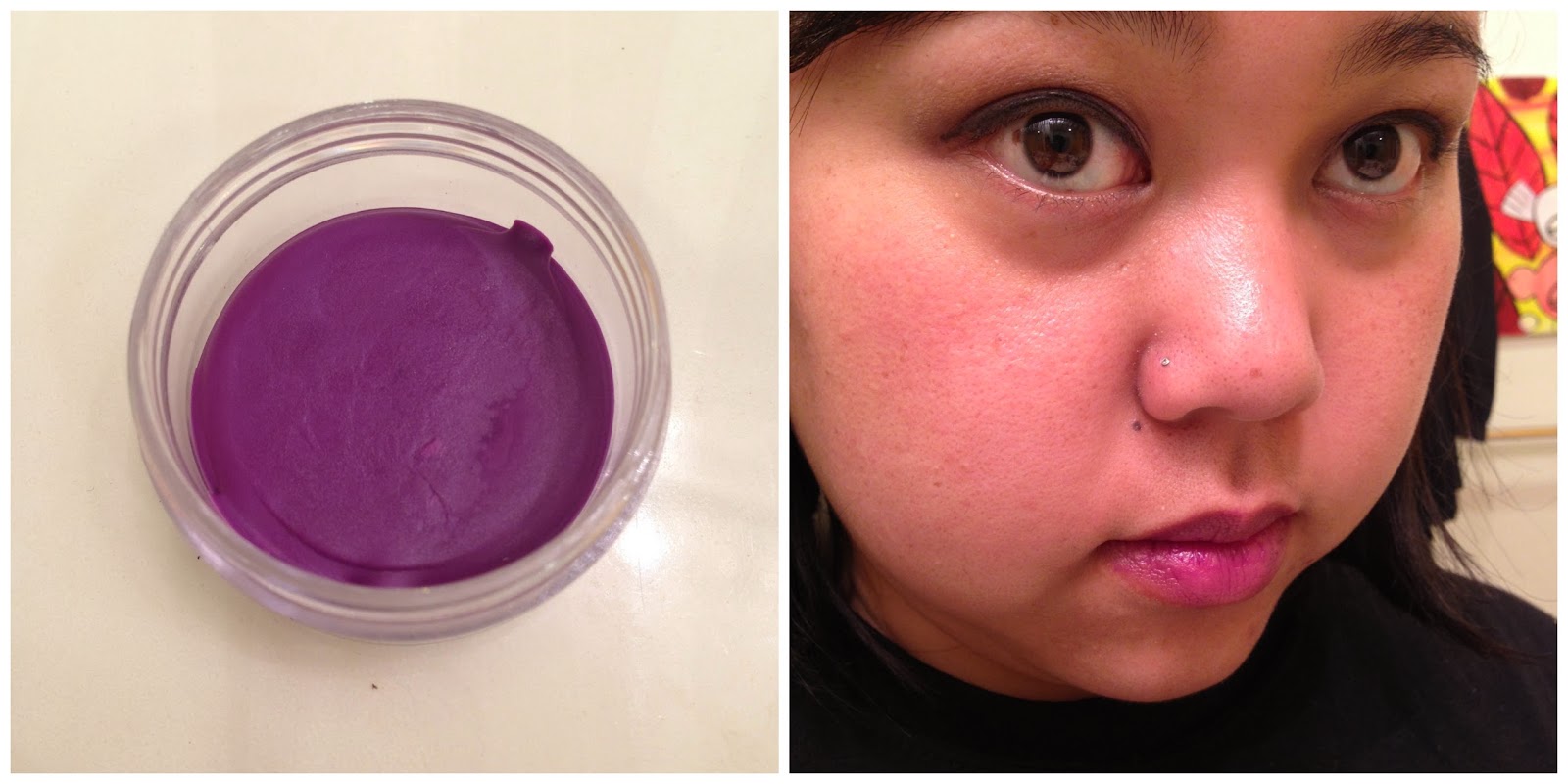 This one is about .75 Violet and .75 Carnation Pink, with about 1/2 tsp oil. I had started out with .75 Violet and .25 CP, but it was still pretty dark, so I added more pink (and then felt like I should add more oil). It's a very sheer dark orchid color, and probably a good way to test out wearing purples if you're shy about wearing purple. (Which I'm not, actually... I love purple lipstick.) Again, would've been phenomenal if I could get it more opaque. 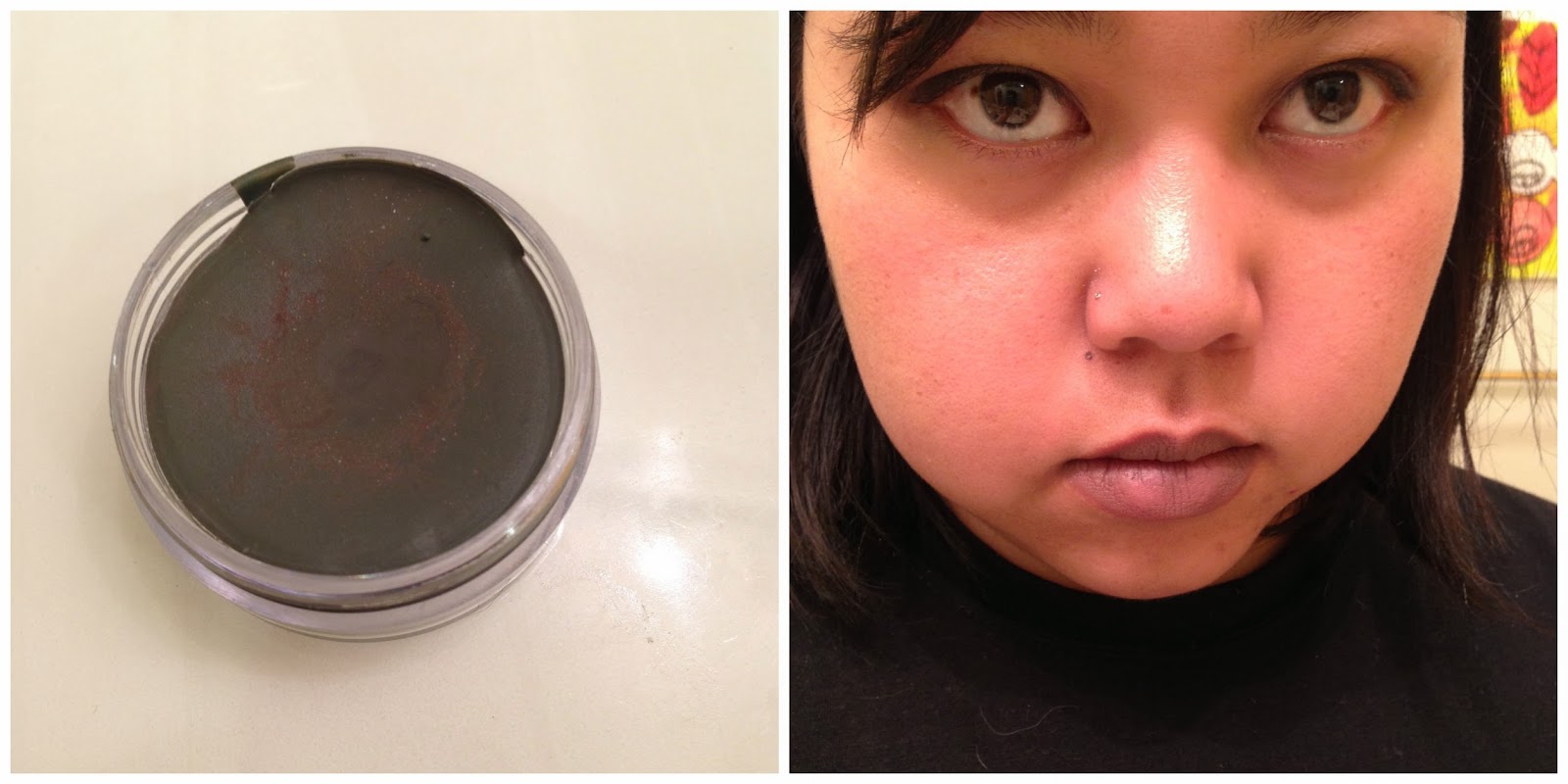 Ugh, this one. I was trying to make olive green (because why buy weird colors I'll only wear rarely when I can make them for really cheap?) to use as possible bout makeup, since (as you may know) I skate for the Psychopathogens and our colors are olive green and red. Now I know why it's so hard to find many olive green things - it's a PITA color to MAKE. It's a complex color - I started out with .75 Green and .25 Dandelion with 1/4 tsp oil. And then it was still really dark, so I added more Dandelion (I stopped being diligent about my note-taking at this point, as this was the last one I made), and then it was a smidgen lighter, but still too purely green, so I tossed in a little Gray (not much change), and then some Brown (which started getting me on the right track), and then some White to lighten, and then more Brown, and more White, and more Brown, and then some more Green... and so on and so forth until I got the color above. (You can see it didn't PERFECTLY mix, since there's an errant swirl of brown on the top.) And I was adding bits of coconut oil as I went along the way, but it definitely wasn't enough, since the end result quite crayon-y (it even smelled a little crayon-y, whereas none of the other ones did), and I pretty much had to dig into it hard with my lip brush to pick up product. I bet I could color with this if I could get it out of the container. And yet, even with all the crayon, I had to apply tons of it to get the color above on my lips, so... it's a good thing that I only plan to wear this rarely.

So yeah, it was cool to stand in the kitchen over the stove holding a little glass bowl with a set of tongs and stirring my evil potions like a mad scientist. This was a lot of fun, and I definitely plan to make a few more.