February 01, 2014
Among some awesome items I picked up this weekend with my Ulta 20% coupon was Too Faced's Chocolate Bar palette, which has been highly spoken of around the blogsphere thanks in part to 1) the fact that it's made with cocoa powder and it even SMELLS like chocolate, and 2) its overall similarity to UD's Naked 3 palette (in terms of it having pink-based neutrals).

So yes, when you open the box (which reminded me of my old-school metallic pencil cases from middle school), there is a pleasing scent of cocoa (like cocoa butter?) that wafts from the display of colors before you. 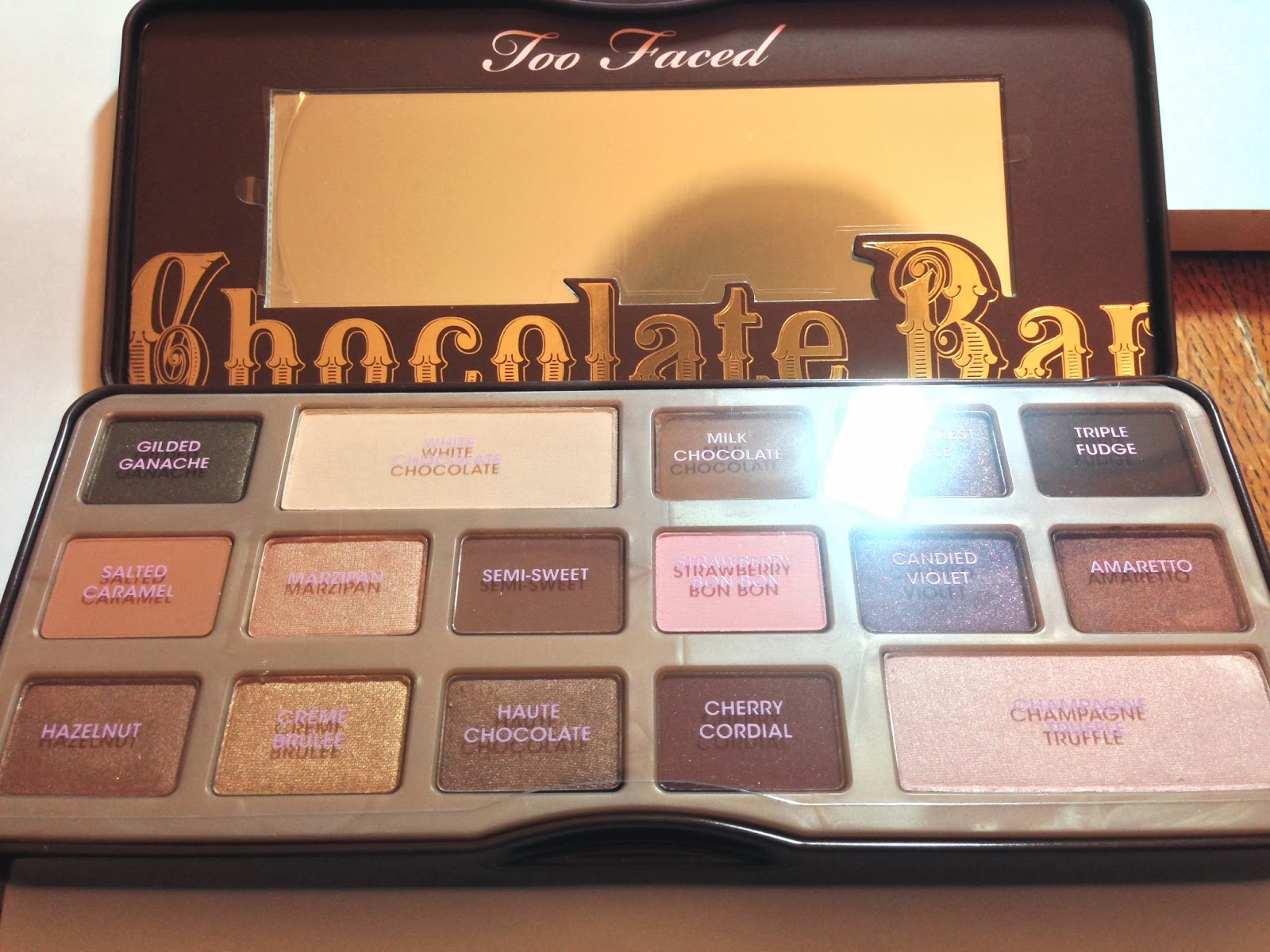 It is vaguely reminiscent of Willy Wonka and the Chocolate Factory (the movie), and I half expected to find a Golden Ticket inside the box. (I didn't, but found instead a small lookbook featuring three different eye looks using the palette. Nice.)

Here's a closer look at the eye shadows, which are all candy-inspired, by the way, with swatches below. The swatches were done on bare skin (no primer), using a brush. 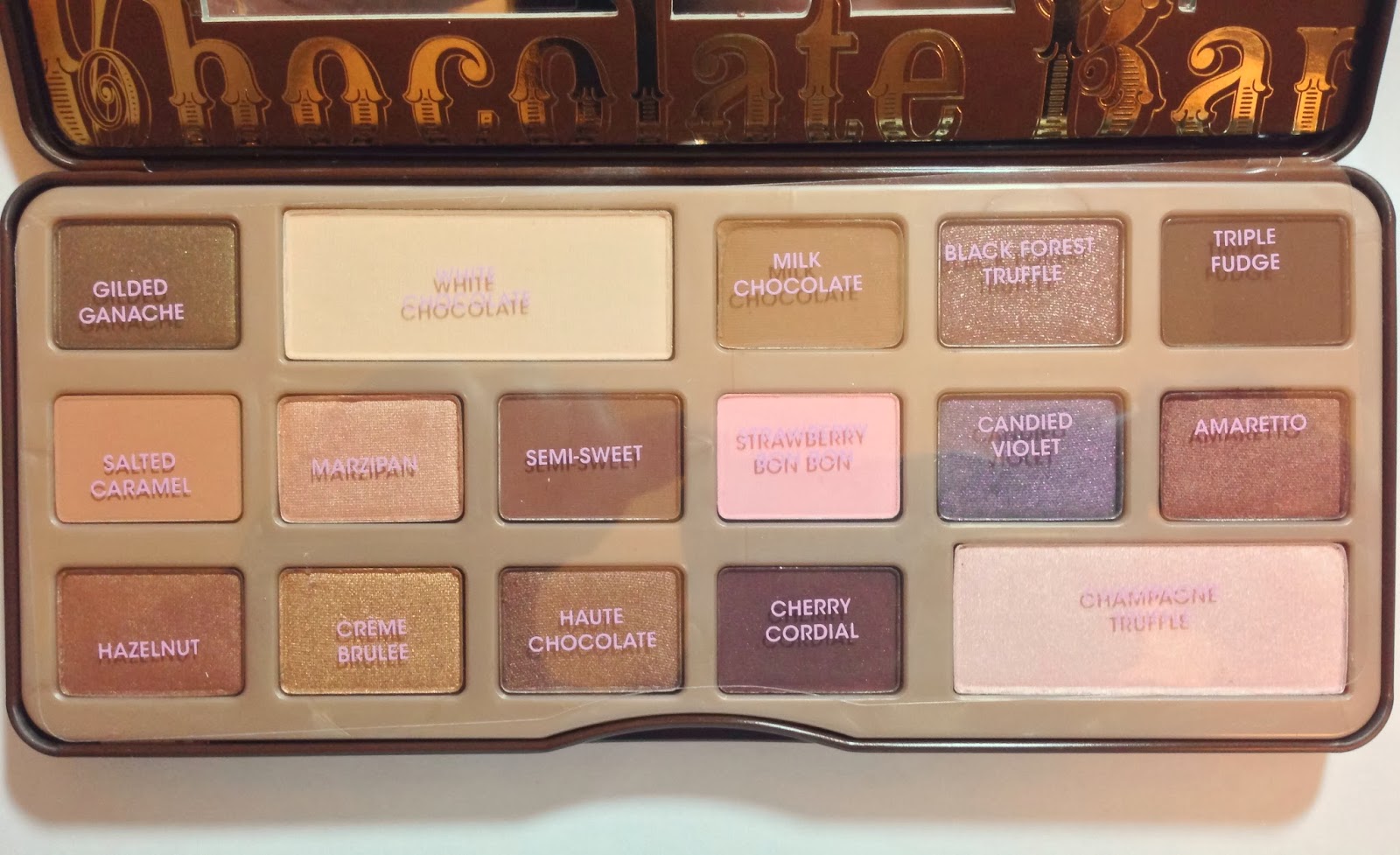 What I like about this palette, aside from the scent and the names:
There's an interesting array of shades and finishes: 4 sparkly, 6 shimmery, 5 matte. They're not QUITE all neutral, but they're not too far off: even the ones that looked the least neutral in the pan, like Candied Violet and Cherry Cordial, looked more gray or brown when swatched. I especially find Salted Caramel intriguing because it's orangey, and I don't usually see orangey shades like this. On further examination, it's not mostly pink-based neutrals at all, although there are some here. White Chocolate and Champagne Truffle are the lightest shades (barely visible on me) and are the largest pans, presumably so that you can use them as highlighters on other parts of your face (awesome!).

What I don't like so much:
The sparkly shades are a little less pigmented and of course, have sparkly fallout, but that's hard to avoid. The thing I actually REALLY dislike about this palette has nothing to do with the shadows - the names are printed on a piece of clear plastic, but it's not really attached to anything (it's just an insert), so unless you don't care about the names, you have to be careful about not dropping or misplacing it. And unlike KVD's Spellbinding Palette, the color names aren't printed on the back of the palette either, in case you decide you've had enough of the stupid insert. I really wish they'd just print the names below each shade.

So, minor complaints aside, I really like this palette overall, and have I mentioned yet that I love the scent and the packaging? The overall pigmentation wasn't the BEST I've ever used, but it was pretty good, with some shades being quite nice and others being decent enough.

I will have to play with it a lot more using my normal primer, but so far, I'm liking it. Here's a look from the little insert thingy that I modified slightly: 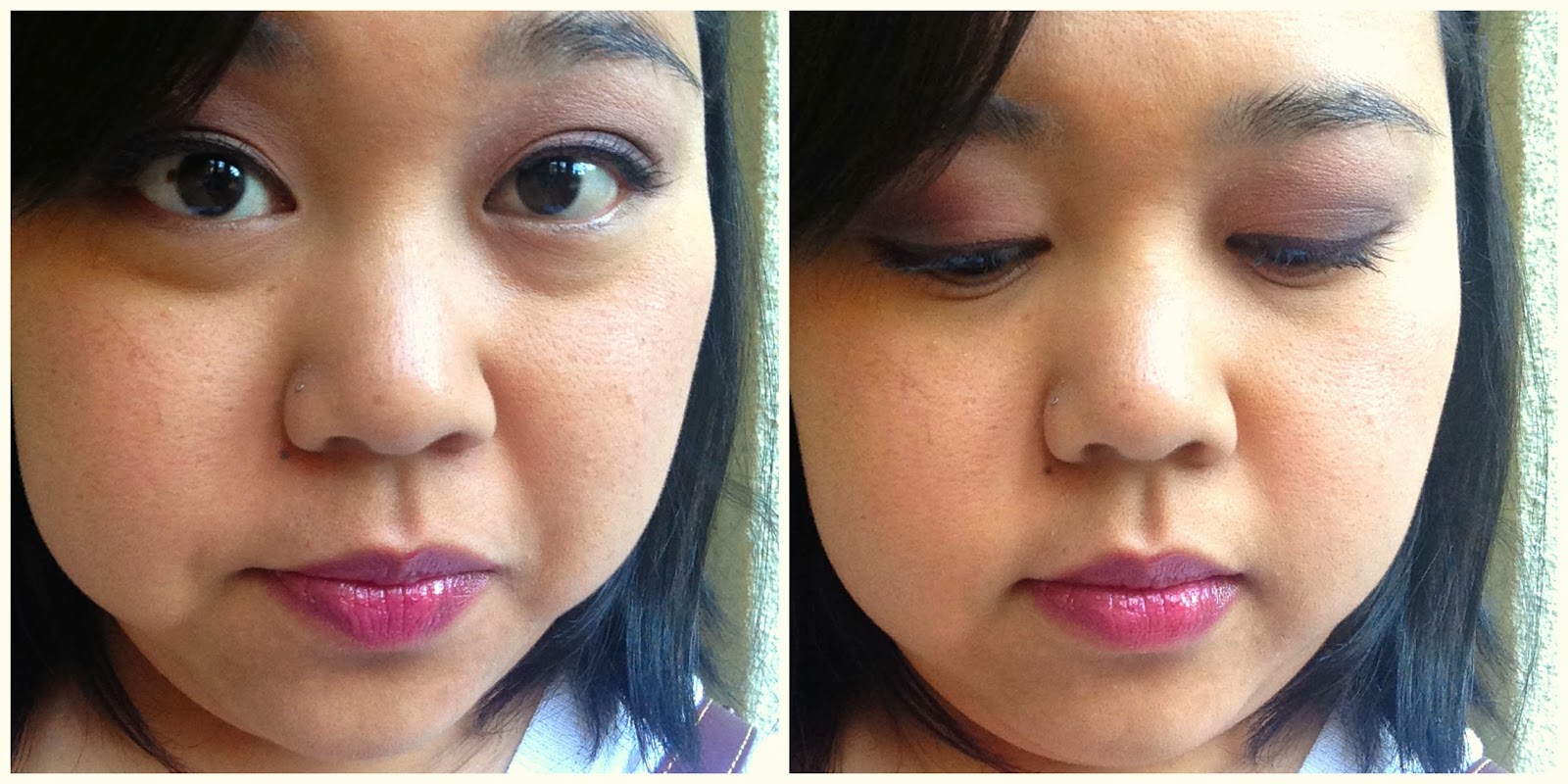