In truth, as excited as I was for UD's new Electric palette, I had already decided that it had a lot to live up to. No person who knows about the existence of brands like Sugarpill could avoid making comparisons, I think. For me, Sugarpill is the end-all, be-all of bright, electric color, and though Urban Decay wasn't always famous for its Naked palettes, even the colors they had before weren't, like, ELECTRIC. They were edgy, and beautiful, and colorful in their range (in fact, Sugarpill's Cold Chemistry collection is the most Urban Decay-ish set of shadows they have), but not necessarily BRIGHT BRIGHT BRIGHT.

Nonetheless, I was excited. There are some gorgeous shades in this palette, some Sugarpill-ish and some that are more along UD lines: 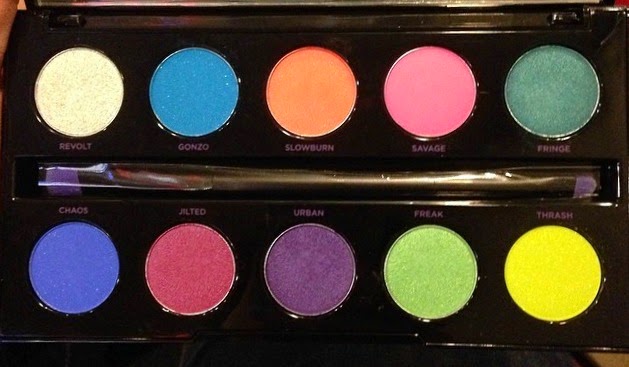 I agree with other bloggers who say that a pure yellow would've been more useful than, say, the silver, and that this palette trends towards the blue side of the spectrum. But every shade here is really beautiful, and it turns out that I don't mind having to bring in neutrals to make these shades more wearable. In fact, if you want a fairly versatile eye shadow collection with minimal products to own, I would recommend getting one of the Naked palettes and getting this palette. (It wouldn't be enough for ME, of course, but for people who don't fuss with makeup much, but still want things to play with, that would be pretty much all you need.)

Revolution is your standard-issue sparkly silver. Nothing special, and I'm not super sure why it's even in an ELECTRIC palette, aside from the fact that people need something neutral that works with each of the other colors in the palette.

Gonzo is LOVELY in the pan, but came out less pigmented than I would've liked. (But still pretty pigmented. Like I said, my expectations are super high.)

Slowburn - Holy geez. THE FORCE IS STRONG WITH THIS ONE. I don't know how often I will wear this shade, but it was REALLY pigmented. It's reddish-orange, rather than just orange.

Fringe was one of the shades I was really excited about (even though it's one of the two repromotes. I guess I should pay more attention to the eye shadow collection I already have). It does kind of veer towards the "calmer" side of the spectrum in terms of brightness, and is shimmery (as opposed to the previous three shades, which are kind of matte or satin).


Chaos, I DO remember - it's from one of the Vice palettes. It's very similar to Sugarpill's Royal Sugar and Velocity (which are similar to each other). Not a blue for the faint of heart.

Jilted is so pretty. At first I was like, I think I already have a lot of things in this shade, and then I realized I was thinking of my lipstick collection. And like Fringe, this isn't so much ELECTRIC, so much as jewel-toned, but I'll take it.

Urban, I was REALLY excited for, because I love my purples. UD loves purple (as it's their trademark color), and I think this shade is really beautiful.

Freak looks just like their eye pencil of the same name. It looks really bright in the pan, but is much softer and more shimmery when swatched.

Thrash is a really yellowy lime green, and like Slowburn, I'm not sure how often I will wear this shade, but it's nice to have.

Do you love Urban Decay and want a fun way to experiment with bright colors without investing in a gazillion full-sized eye shadows that might not get a ton of use? Buy this palette. Already own a bunch of Sugarpill? You're probably fine with what you've got - I don't think you'll miss much if you don't buy this palette. 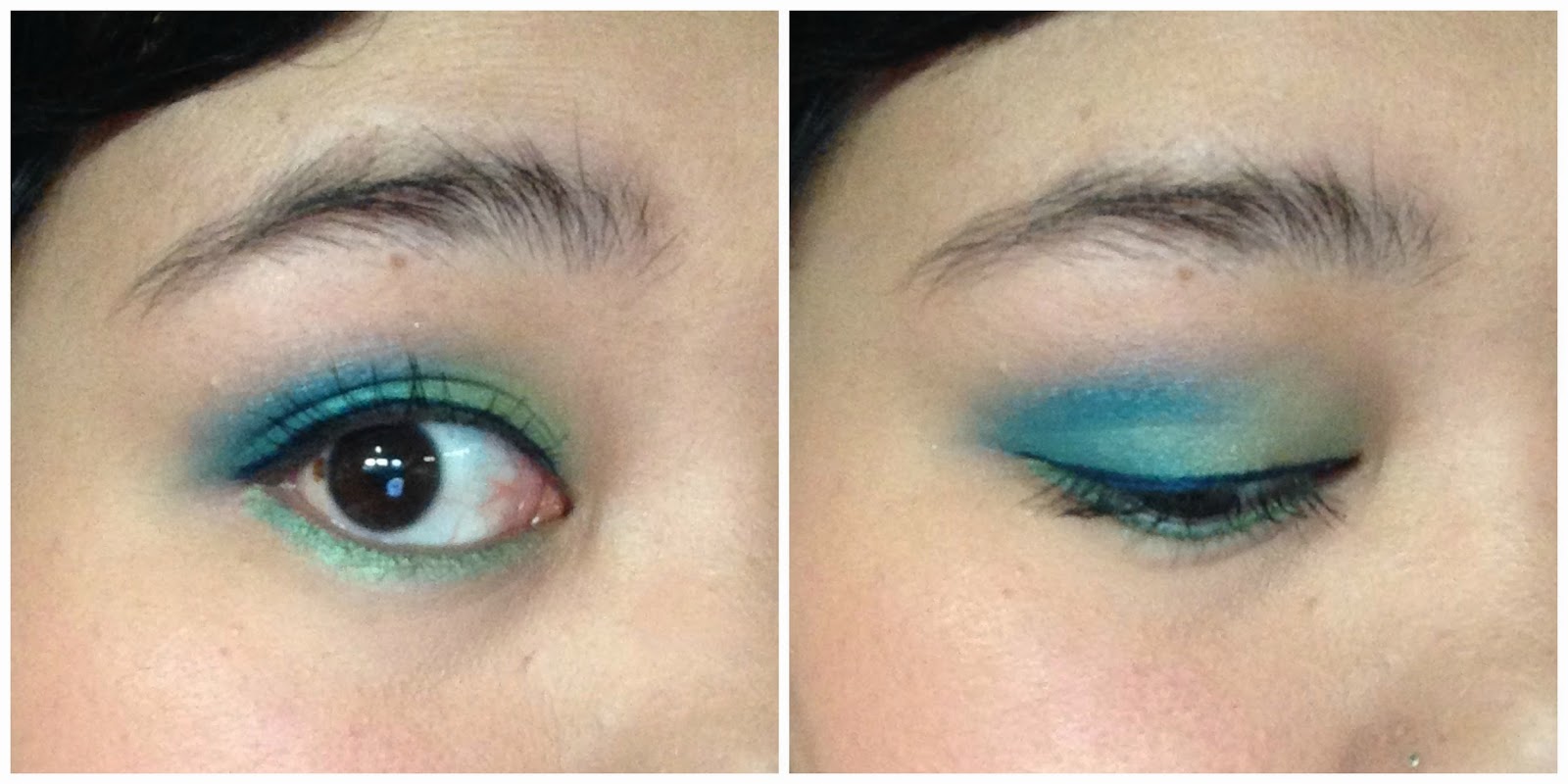 I am wearing Freak and Fringe on the lid and lower lashline, and Gonzo in the crease.