September 12, 2014
I know, I've been back to school for four weeks now, but hopefully that explains why I've taken so long to post another blog about reading, even though I have posted blogs about other stuff. Since my last reading post, I've read 8 books: Veronica Roth's Four: A Divergent Collection and the entire Harry Potter series, which I finally finished two days ago. I didn't want to do a final wrap-up post until I was all the way through the last book of the series, even though my summer break has long been over. 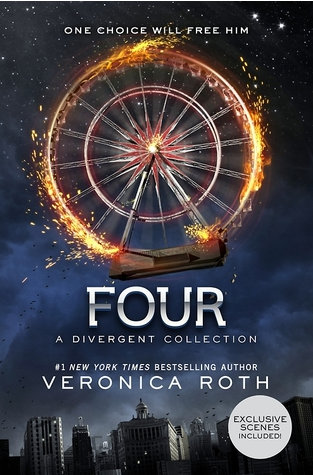 First, Four. Granted, it's been a couple months now since I read this, but here's what I remember: I was increasingly finding myself more interested in Four and his story than I was with Tris (and I'm not saying I wasn't interested in her story). I love reading about character development, and it was really interesting to me to read about Four's journey and decisions, amidst the backdrop of a society about to undergo major change. Roth builds in the hints and clues that will lead to the major event that all Divergent fans know will happen at the end of the first book: Erudites' betrayal and takeover of the entire city. I found it really interesting that Eric was actually planted there by Jeanine, and in all honesty, it makes a lot of sense.

That said, I think I most enjoyed the stories where Four and Tris interact (a couple of the main stories, but also in the exclusive scenes). She is such a major catalyst for him, and not in an irritating MPDG sort of way either. I liked their relationship a lot in the main series, and I think they added a lot to each other. 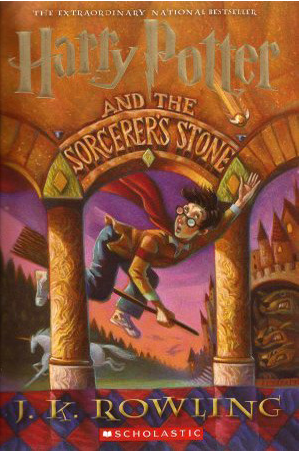 Next: The Boy Who Lived.

(I'm not going to bother with the basic summary, because I'm pretty sure I'm the last person I know to read the series.)

I read through books 1-4 (and watched the movies) really quickly, took a month to read book 5 (because reasons), a week to read book 6, and then read book 7 on a binge read because I was home sick from work for two days.

What can I say that hasn't already been said about this series? While I don't have one book that is particularly my favorite, I think that overall, I will be counting this series as one of my favorite series. I was worried that, especially with the earlier books in the series, the story would just feel too juvenile (since the main kids are 11 when the series starts), and while I definitely noticed the maturation in the narrator's voice as I went along, I didn't find myself bored or disinterested even at the beginning.

Because these books have been out since I was in high school, I already knew a lot of things going in. Not everything, but I knew about the eventual romantic pairings, and I knew that Cedric Diggory would die. I've heard the random jokes around the internet ("Levio-SAA") and have seen pictures of people running around with brooksticks between their legs (playing Quidditch). It's like I've been lurking on the fringes of the fandom for years and finally this summer, I made the time to dive in (after much haranguing from my friends).

The things I loved were probably the same things everyone loves:

- Hermione, who is kind of a dream role model for any girl. Smart, compassionate, resilient, and quick-thinking, she was so important, and anytime she wasn't around (for example, in Chamber of Secrets when she was cursed/unconscious for the later part of the book), her absence was truly felt.

- Mrs. Weasley - As a mother AND knitter, Molly Weasley was just totally my hero, hands down. Just... how frickin' magnificent is this woman at all the things she does for her family and their friends and for the greater good of Wizarding society (as a member of the Order)?

- Fred and George Weasley - As a teacher, I'm sure I would not like having them in my class, but since they are not my students, I absolutely adore them. They are hilarious, but they're not merely comic relief, and the way Rowling characterizes them and builds their complexity is so subtle as it's happening.

- Hedwig - I know, it's weird to say it, but for a non-speaking character, Hedwig had such personality. Yes, I said "had." Because she dies :(

- The background stuff - Rowling took a lot of care to build this universe, from the mythology of the Wizard world to the Quidditch rules and such. It's a very rich world, and it's easy to see how people can get lost in it and never want to come out.

- Diversity - Thank you, Rowling, for including lots of POC, and for even letting them talk and stuff.

- Speaking of, there are a lot of great discussions about oppression and discrimination in these books.

There were parts that I felt were a little long or where I think things could've been handled a bit more directly, but overall, I'm glad I finally made the time to read the series. Fan for life. (And Jolie, who watched the movies with me, loved it too.)

Thus endeth my summer reading blitz of 2014. It doesn't mean I'm done reading for the year, of course, and it doesn't mean I won't blog more about reading, but it does mean that summer is definitely over. (You know, unless you're talking about the official end of the summer season, which isn't happening for at least another week.)