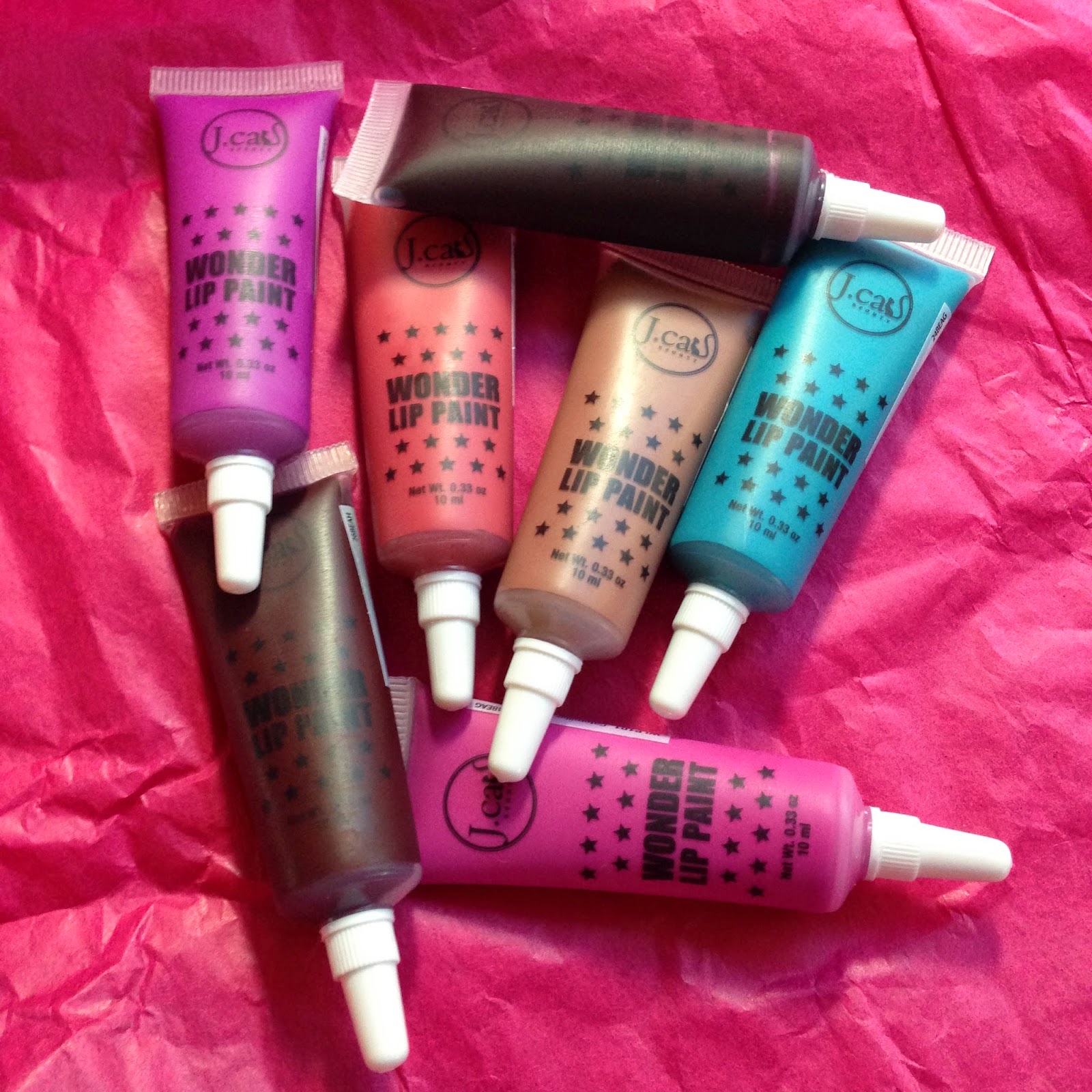 Last month, I received one of these Lip Paints in my November Ipsy bag (see here for pictures as well as my thoughts on the formula), and I liked it so much that I purchased a few more. They finally arrived, and I had to swatch them right away. 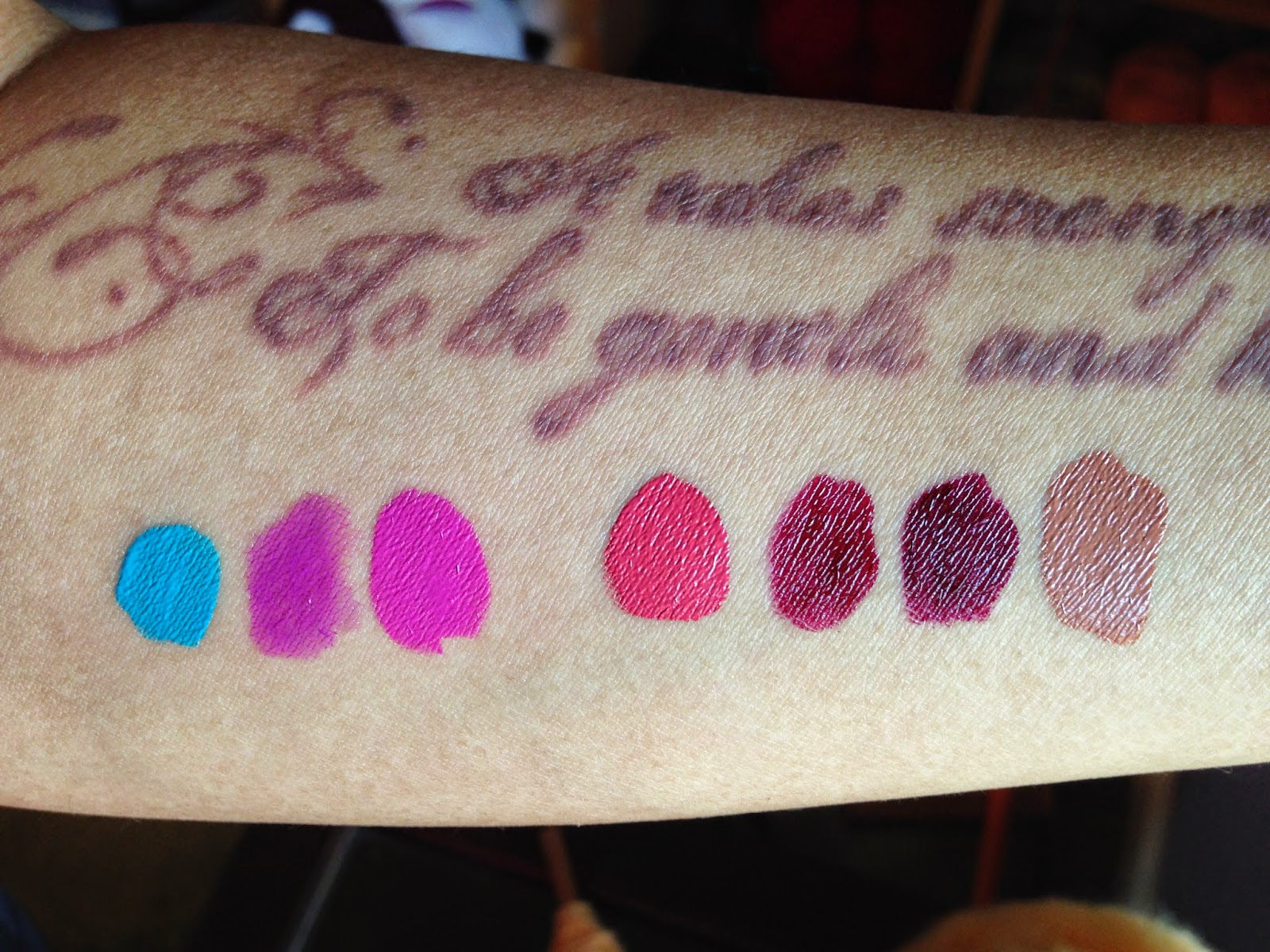 Here they are, swatched in the order listed above. They all were thick and glossy, except for Always Late (the purple one), which for some reason came out really watery every time I tried to use it. (I'm inclined to think that this particular tube is an outlier and that maybe the contents of the tube separated and settled in transit.) As you can see, they're all SUPER pigmented. Red Potion and Queen of Harts are very, very similar, but not exactly the same.

Here's how they look in action.

So yeah. Wonderland is kind of hilarious on me :) I don't think I'll ever be able to pull it off in any context other than a costume context. (As opposed to one of my friends who looks AMAZING in her teal lipstick and can totally just wear it to Target or to pick up her kids from school. Sigh.) Red Potion and Queen of Harts are a bit easier to differentiate in person (the lighting in my photos didn't really help), but they are still very, very similar. Did I really need both? Well... you're asking someone who has about twenty red lipsticks, so... YEAH. I DID. :)

These Lip Paints are fun and pretty good quality. They don't stay on as long as OCC's Lip Tars do, but you can't win 'em all. They apply really well, feel light and moisturizing, and will last you a long time because a little goes a really long way in terms of application - I'm sure I'm pretty much set for life with these now-eight tubes that I own. I definitely recommend these. 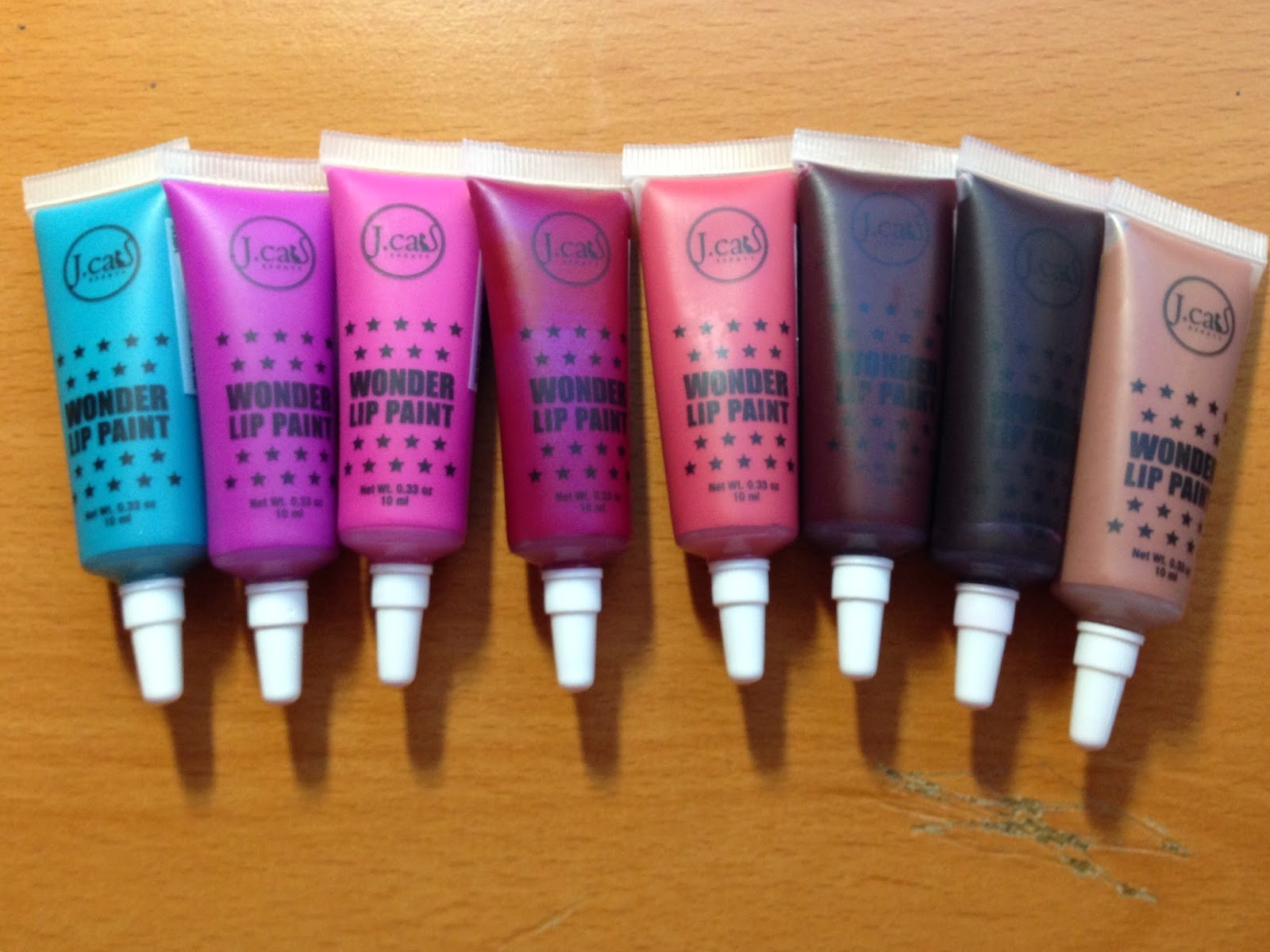