I feel like today's race was fated to go well: it's the 32nd annual CIM, and this year it happened to fall on my birthday - my 32nd birthday. The weather was absolutely perfect (especially considering how last year it was icy, and the year before that, it rained so much that the course was flooded). It's a beautiful day for a PR, yes?

I knew I was going to PR by default if I met my goal, which was to run a sub-6:00 marathon, to finish within the course limits and record an official time. I know, I know... not a remarkable time by anyone's standards. (Today's winner finished in 2:11, by the way.) But for me, it meant that I would have to stick doggedly to my goal pace, and I've been working super hard for the last five months to make sure that I had it in me.

The course is a net downhill, which is good for going fast, but it had a LOT of hills. They were all smaller, manageable hills that I could run, but they were occurring every quarter mile or so, and they really start to take a toll on your legs as the miles rack up. We ran completely on pavement, which I'm used to, and there was a LOT of course support, both in terms of spectators and aid stations. Everything was well-organized, from the expo to start-line shuttle buses to the finishers' area. Everything about this race was easy and painless.

Well, except for the race itself, obviously. Well, it was mostly painless, but definitely not easy. Like I said, even though I was running the hills pretty easily for well over the first half, I got tired sooner than I would have liked - I had hoped to stick to my goal pace of 13:00/mile for the first 20 miles and then give myself more time per mile for the last 10k, but after about 18 miles, I decided that I needed to give myself more leeway. I had built up a pretty decent cushion of time, but I didn't KNOW that I would definitely make my goal time until about mile 24.

My quads started doing that twitchy-crampy thing after about 21 or 22 miles, and I couldn't run too much after that, although I could still actually run, which is pretty good. I had managed to stick to my 5/1 interval for about 16 miles and tried to stick to it as best I could for the rest. The last two miles, I was down to doing a 1/1 because my legs were so crampy that I couldn't run much more than a minute at a time. (Yes, I was hydrating plenty.)

But it kept me going - I kept reminding myself that any amount of running would be better than just walking the rest, and no matter how tired I was, I was still clocking an 11:00 pace for my run portions. Like I said, even though I was feeling really exhausted, I was glad that I could still run even a little bit, because in my last two marathons, I couldn't even walk very well for the last 10k. In fact, at any given point during today's marathon, I felt far better than I did in my other two marathons, so that's something.

So even though I didn't stick to my goal pace as long as I wanted to, I still met my goal time at 5:49:32, which I'm immensely proud of. I started crying as soon as I passed the 26-mile marker, so I'm sure my finish line photo has my face in ugly-cry mode. Even just to finish a marathon, let alone to PR, is very emotionally overwhelming, and to have it happen on my birthday was just icing on the cake. And then checking my messages and emails afterward, I was overwhelmed all over again by all the people who chose to think of me today and who sent me well-wishes for my birthday and/or my run.

It was a really, really good race. All around. I met the friendliest people I've ever met at a race, EVER, and the spectators were out in force. It was amazing. I'm so glad that I was here today, at this race, this year, because (as you may recall) I was supposed to run this one last year and had to drop out due to my injury. It's fate, right? Everything happens for a reason. 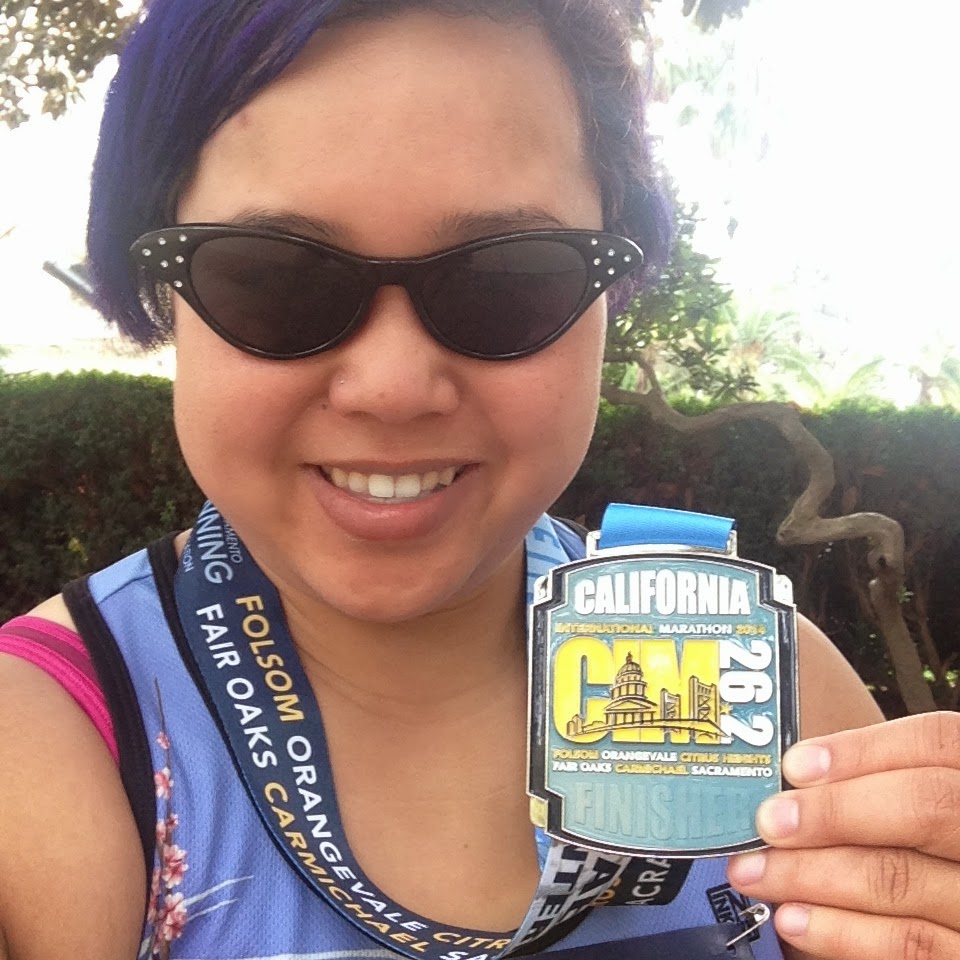 Special shout-outs go to: my two CIM partners in crime, Becca and Jeannie; Allison, who came out to cheer me on just after mile 9; Steve, my strength coach, who's been torturing working with me for the last month or so to get me ready; and my ever-patient family who has been putting up with me disappearing for hours every week to work out. And also to EVERYONE who believed in me and sent me good vibes for today.

Also, special kudos to the old dude with the white tutu (a spectator) who set up a boombox and was bopping along to "Shake It Off." I even think he had JUST that song on repeat, because I saw him at two different points along the course, and it was "Shake It Off" both times, and my friends saw him too, and they heard "Shake It Off" too. Haters gonna hate hate hate hate hate, right?

Next on deck: STAR WARS REBEL CHALLENGE in DISNEYLAND in mid-January. I've got a nice long break to recuperate. I'm looking forward to not running very much until I start this marathon-training process all over again in February, for Vancouver (WA) in June. (Ugh. Somewhere during the last six miles, I was whining to myself in my head, like, "WHHYYYYY did I sign up to do this again in six months???? WHY???") 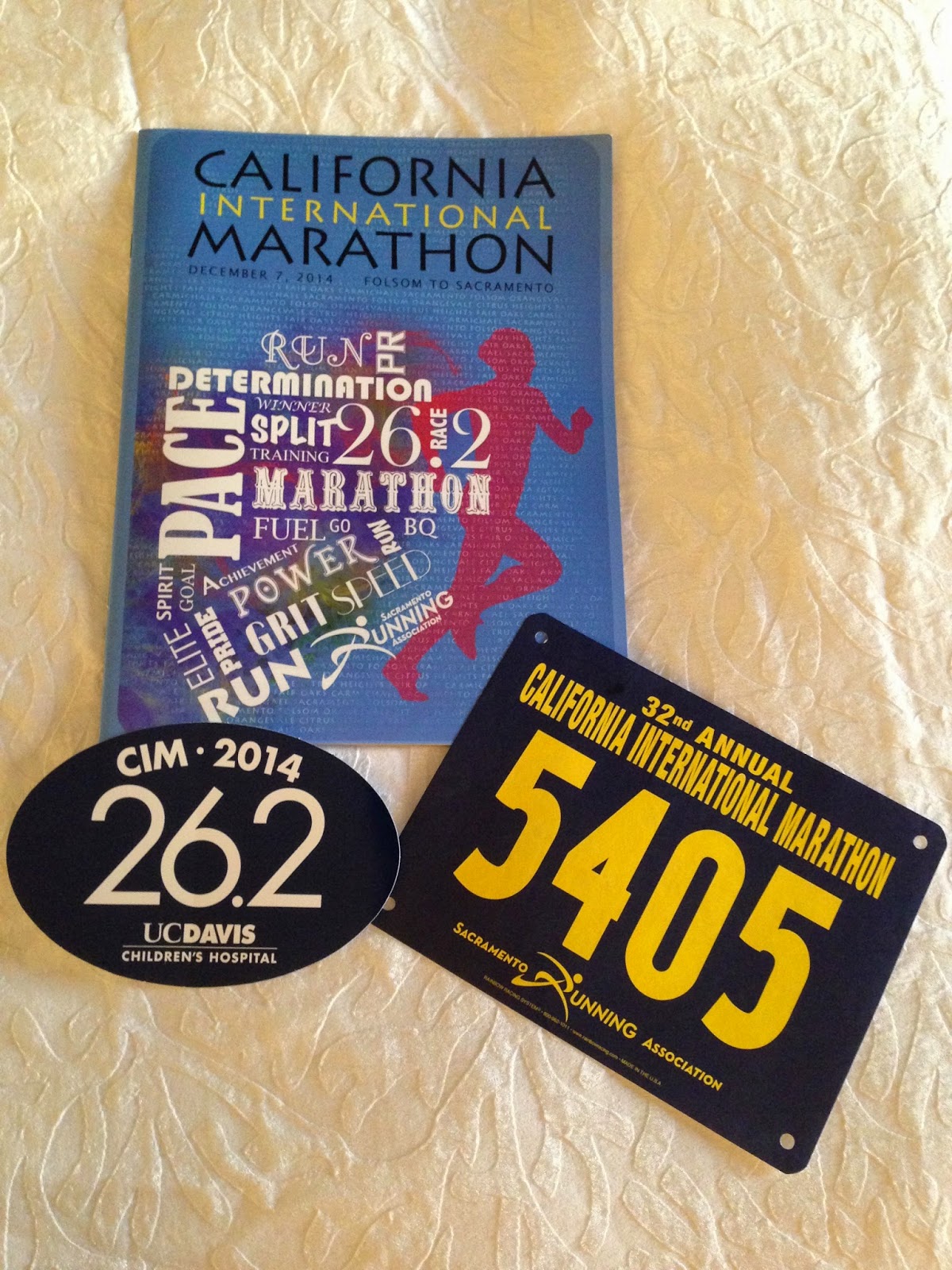 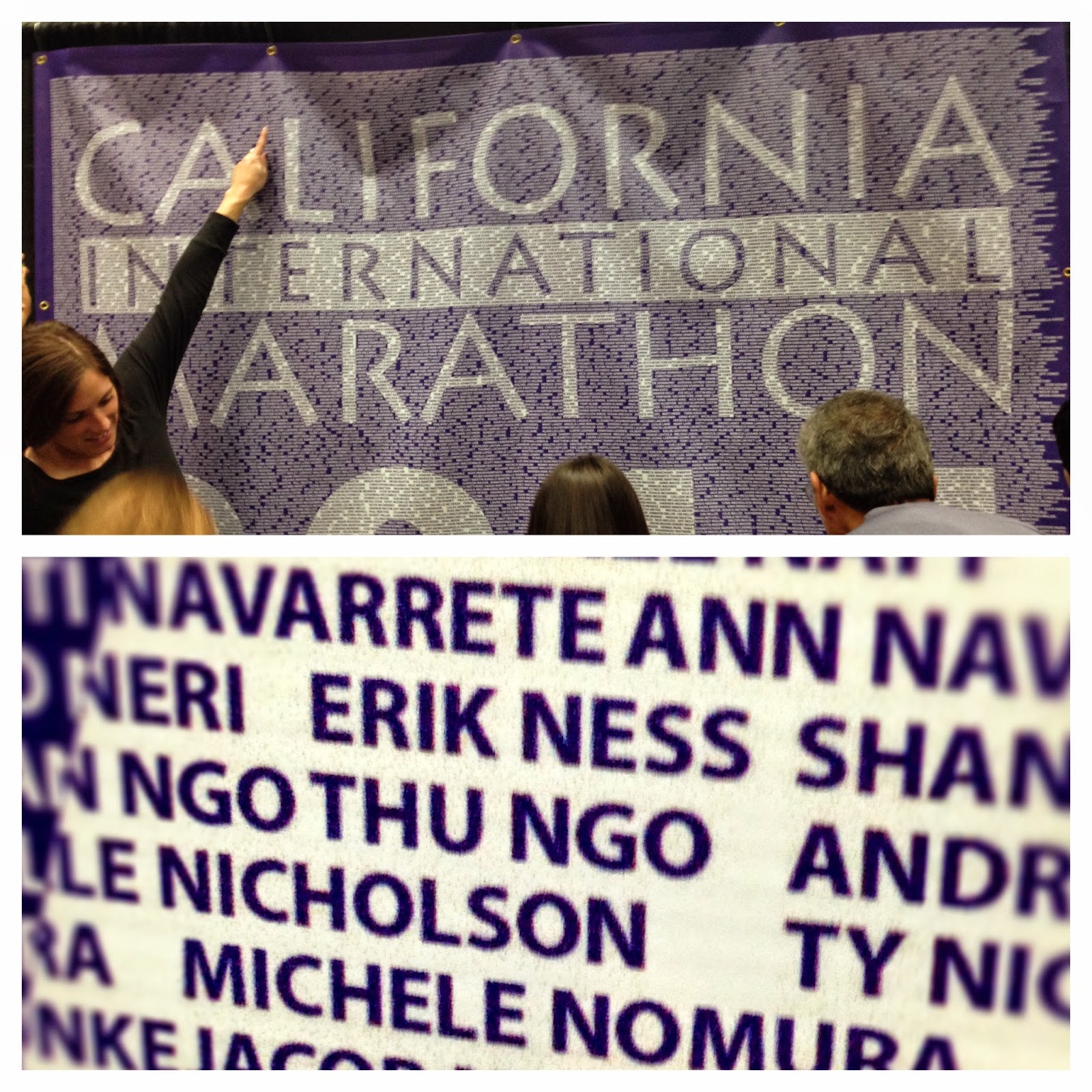 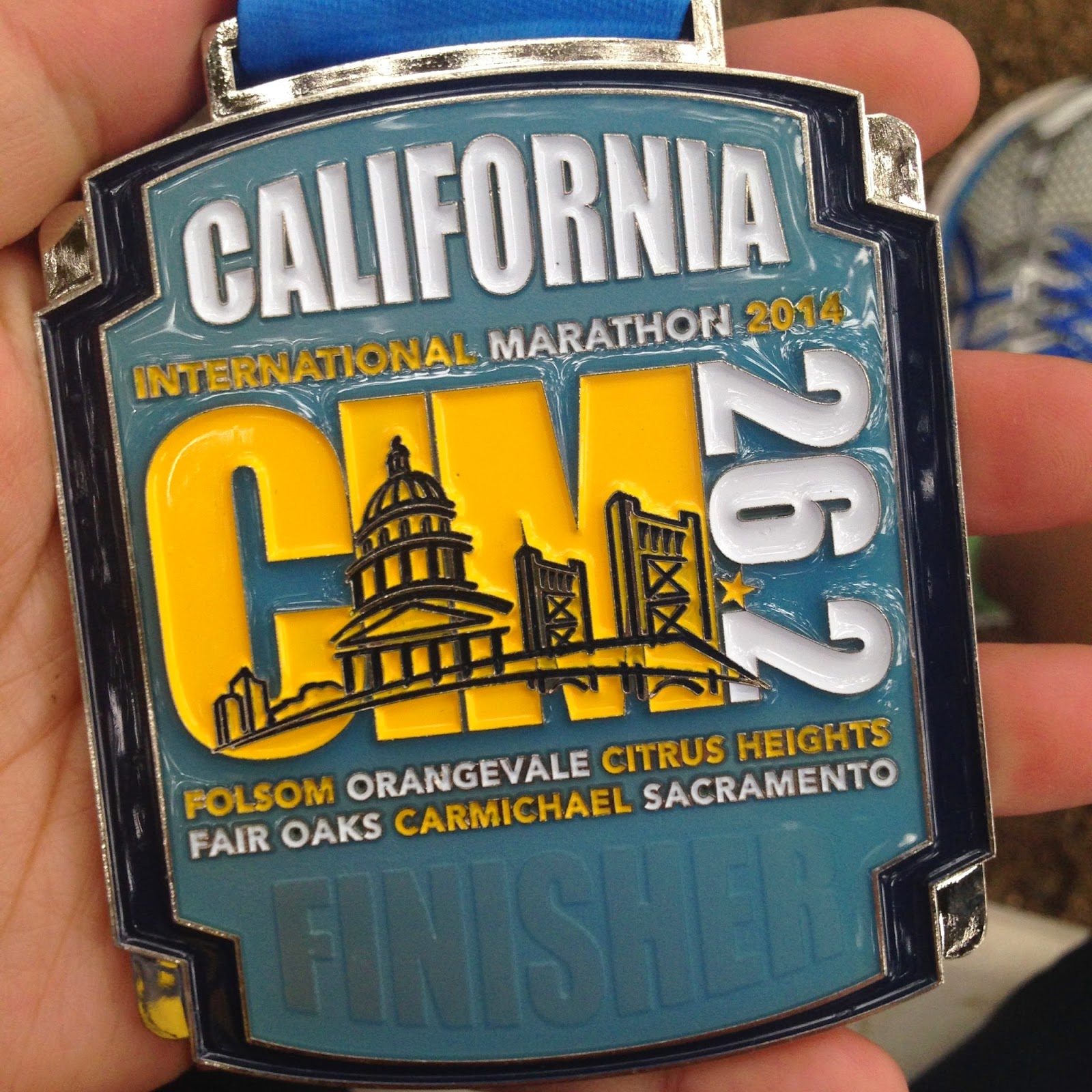