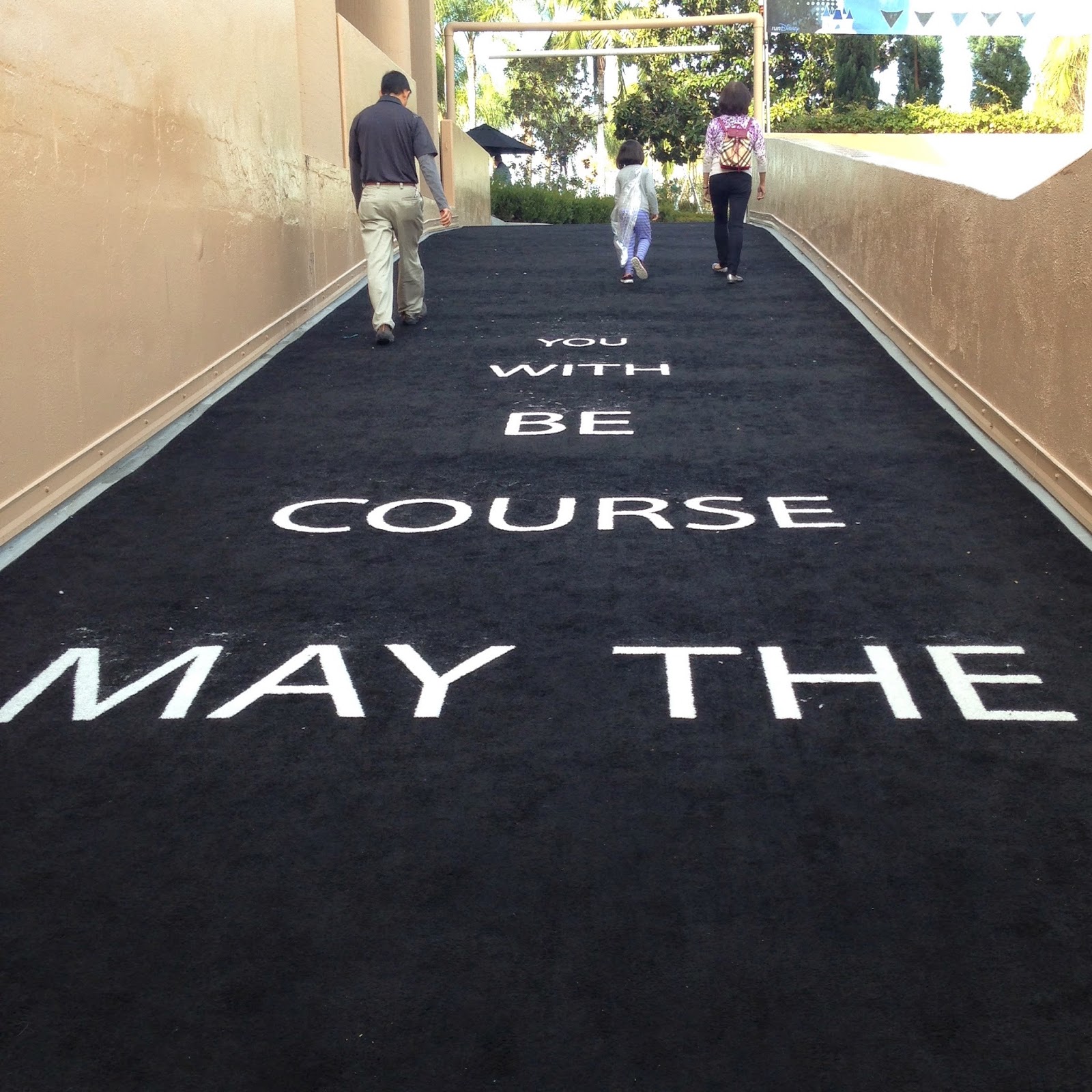 This weekend in January for the last three years has been Disney's Tinker Bell Half Marathon weekend, but for 2015, they decided to move that to May and to have, instead, the first-ever Star Wars Half Marathon weekend. And of course, not only did I HAVE to do it too (I'm not a Star Wars super fan, but I do love the original three movies more than I love Tinker Bell, actually), but I just HAD to sign up for the Rebel Challenge: the 10k and the half marathon on back to back days.

Be crazy I must. I haven't been running a ton since my marathon, mostly due to a really bad sore throat, but I did manage to get in 17 miles last week and 11 miles the week before that (with long runs of 10 and 6 miles, respectively), so I wasn't going into it cold by any means, and I did get in a double-digit run just to get my body up to speed. Of course, a 10-mile long run is great for a half marathon, but for a 19.3 mile weekend (even if it's broken up)? I can't say I wasn't nervous. I wasn't scared about not finishing, but about finishing really slowly or really miserably.

At any rate, I was still excited. I don't have it in me to do cool costumes, but I was looking forward to seeing what other people would wear and also just to run through the parks again, which is one of my favorite things about Disney races. The other thing I was SUPER looking forward to was the medals :) But more on those later.

A strong start to the new year

Look, it's me! At the gym doing gym stuff!

I've got a couple more weeks before I get back into serious run-training, so I've been able to put forth a little more effort into lifting at the gym.

And here's me maxing out my backsquat at 265 a week later:

My coach thinks I've got some real potential for powerlifting, if I could work on my bench press.

So does this mean that I will soon get to add powerlifter to my athletic resume...? ;)