February 02, 2015
People often like to say that they go running to clear their heads, but that happened rather literally this weekend.

On Thursday I fell ill with a really bad cold - not as bad as the one I had over Christmas, but I definitely was so congested that I was dizzy all day at work, and even had to skip workouts. (I know, right?) On Saturday morning, I even fell down my stairs like Brittany Murphy in Clueless. I kid you not. That's how out of it I was.

I really debated whether or not to run the Kaiser half on Sunday, but by the end of the day Saturday (after some aggressive hydrating and medicating), I was at least not feeling dizzy anymore, so I decided I would just go and take it easy.

I woke up feeling okay, but the long drive up and the morning congestion (in my head, not on the road) had me feeling dizzy again. I was feeling dubious as we rode the shuttle to the start line in Golden Gate Park, but the crisp San Francisco air revived me a bit, and I felt pretty much fine by the time we started.

There was a half and a 5k, and to my surprise, we all started at the same time, with the HMers on the left and the 5k-ers on the right (as their course would split off from ours almost immediately). Even though I had only run 9 miles total in the two weeks since Star Wars, I have been going to the gym twice a week, so my legs were actually feeling strong. Despite my promises to run conservatively, I found myself running at a fairly fast clip for much of the first half, aside from the hills, which I decided to walk. They weren't large hills, like the ones San Francisco is generally known for; they were gentler, but more prolonged. There were some great stretches of downhill/flats where I ran straight through a handful of intervals - I just felt good, so I kept running. I wasn't tired or dizzy. I just felt really refreshed. I could almost forget that I had a really bad cold. 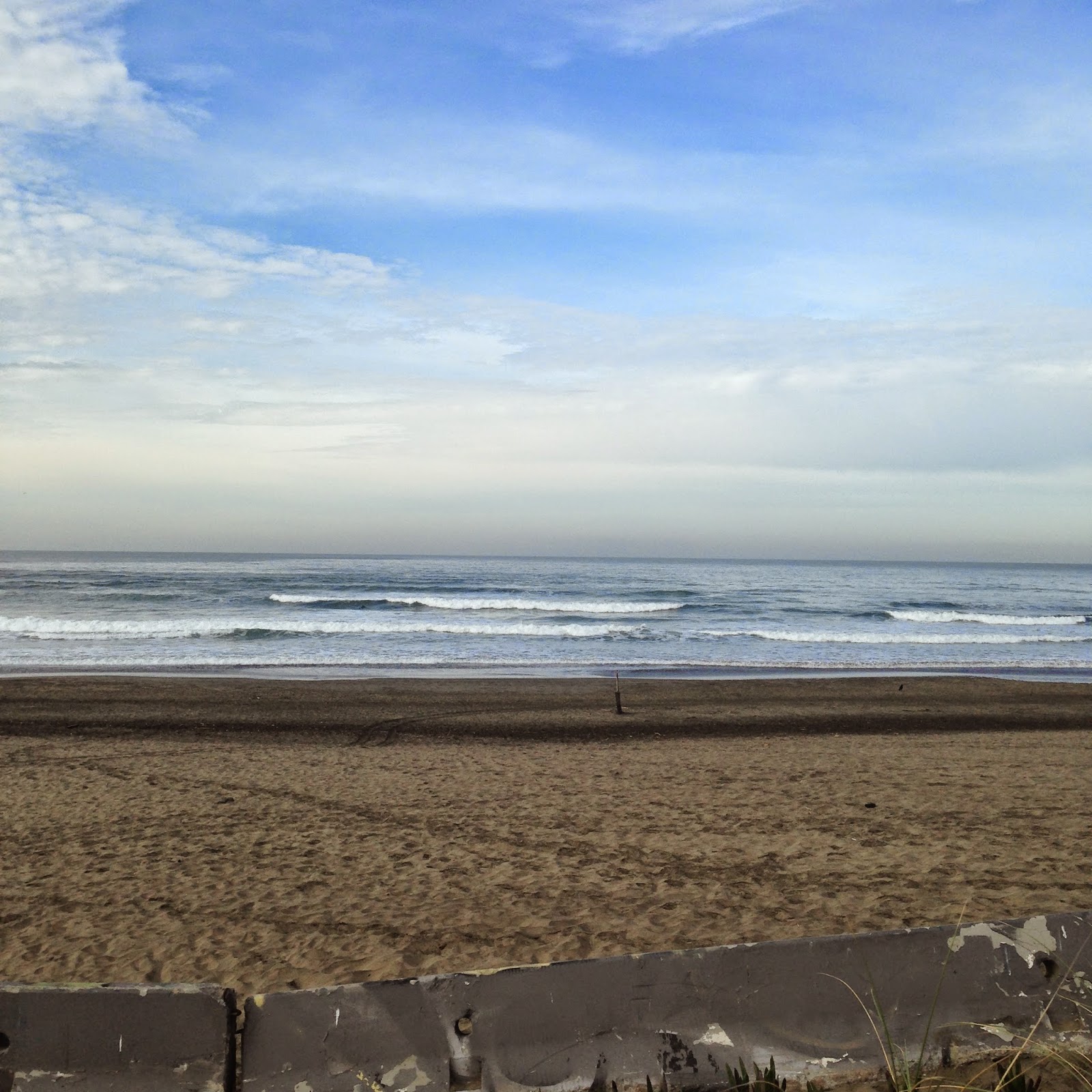 We hit the Great Highway at about 7 miles, and I don't know if it was the exertion, or the direct sunlight, or the interminably straight stretch of road, but I got really mentally fatigued. I decided then to break up my 4/1 interval into a shorter one, which was a strategy that worked really well for me at the Star Wars Half when my legs felt shot through. (My legs felt fine though - the rest of me felt pretty exhausted.)

I didn't have a particular time goal other than to finish under 3 hours - maybe even to beat my Star Wars time. I kept a close eye on my watch, and continued to push myself to meet my 4:00 interval when I could, and to stick to my shorter intervals when I couldn't, and not to just straight-up walk any intervals. I really WANTED to just be like, Forget the clock, just relax, but I always feel like I will hate myself for it, so I kept pushing - I was tired, but I could still run, so I ran whenever I could. My mantra for the day was "You don't have to run fast - you just have to run," and I chanted it in my head to keep a steady rhythm.

So imagine my surprise when I came in at 2:45:25, and JUST missed my PR by less than a minute.

Like, not only did I beat my Star Wars time (which was my current season best) by four minutes, but I very nearly broke my own personal record, on a day when I wasn't trying to, because I was sick.* In fact, if there hadn't been a hill right before the finish line (Kaiser, that was so mean!!!), I might've actually beaten it. Who knows.

Well, I'm tremendously proud of this run, PR or not. I feel like I showed up with the odds against me having a good run, and thanks to my strength training and my private pep talks with myself along the course, I ended up with my second fastest half marathon that I've ever run, and definitely the fastest in almost two years. I fought through a lot of mental sludge yesterday along the Great Highway, and I did the best I could with what I had. I guess I had more than I thought.

I really felt like I fought for this one today. 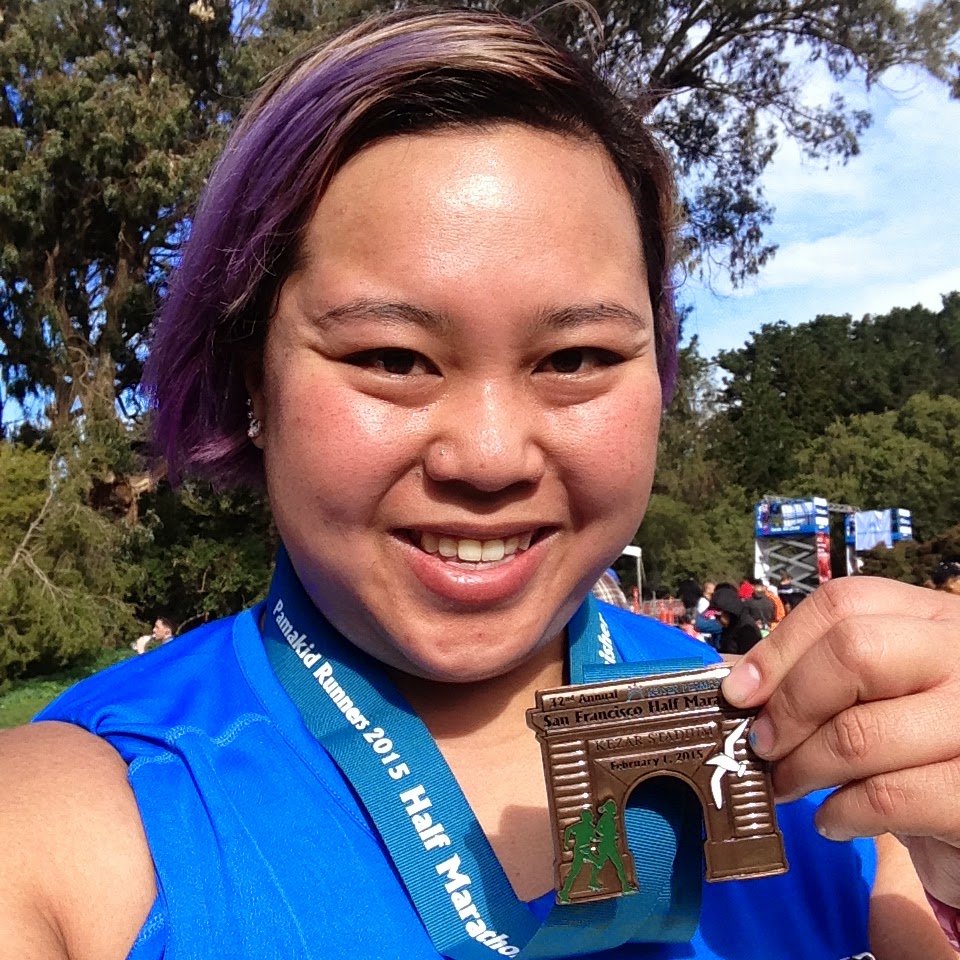 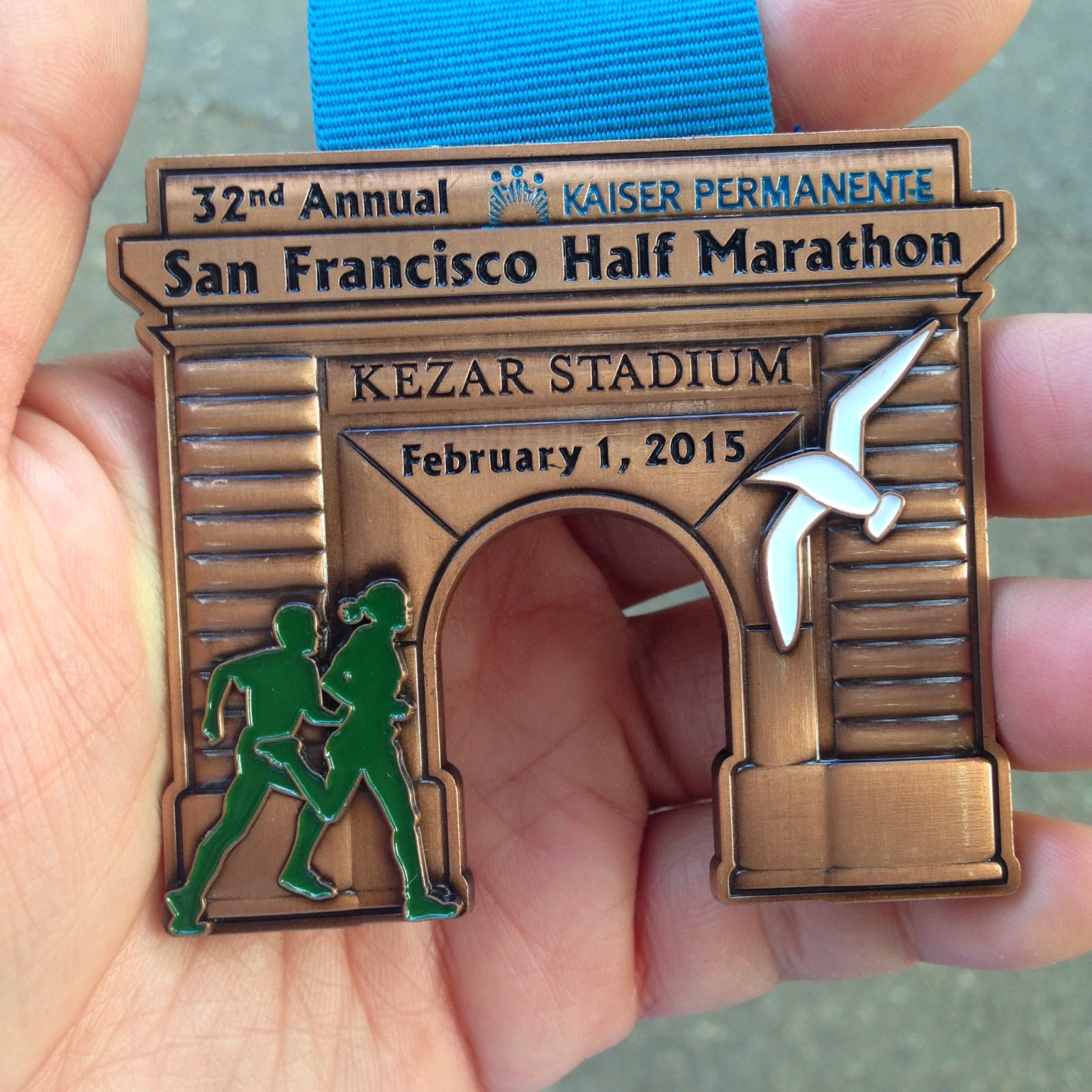 The race was well-organized. There were shuttles to and from the parking lots along the Great Highway, and Kaiser even MAILED us our bibs. I also kinda liked how they handed out shirts after the finish line. (I'm not a running snob except for this one thing: I don't like wearing the shirt for the race I'm running until after I've run it, so it always bothers me a little when I see other people do it. At this race? Wasn't an issue.) Good work, Kaiser! I almost forgive you for nearly making me deliver my baby in a waiting room.

Next on deck: A 10k in Oregon while I'm visiting my brother, and then at the end of the month... my first triathlon! It's an indoor, super-sprint (like, shorter than a sprint distance) triathlon held by Almaden Valley Athletic Club. I need to break out my goggles and swim cap and put in some work at the local pool.

*For the record, I'm actually still sick. It's like my body knows when I'm doing my happy thing, so it put my cold on hold for me while I was running, and then this morning when I woke up, I was miserable again. *shrug* I've spent all day at work trying not to pass out.