You gotta get up and tri, tri, tri 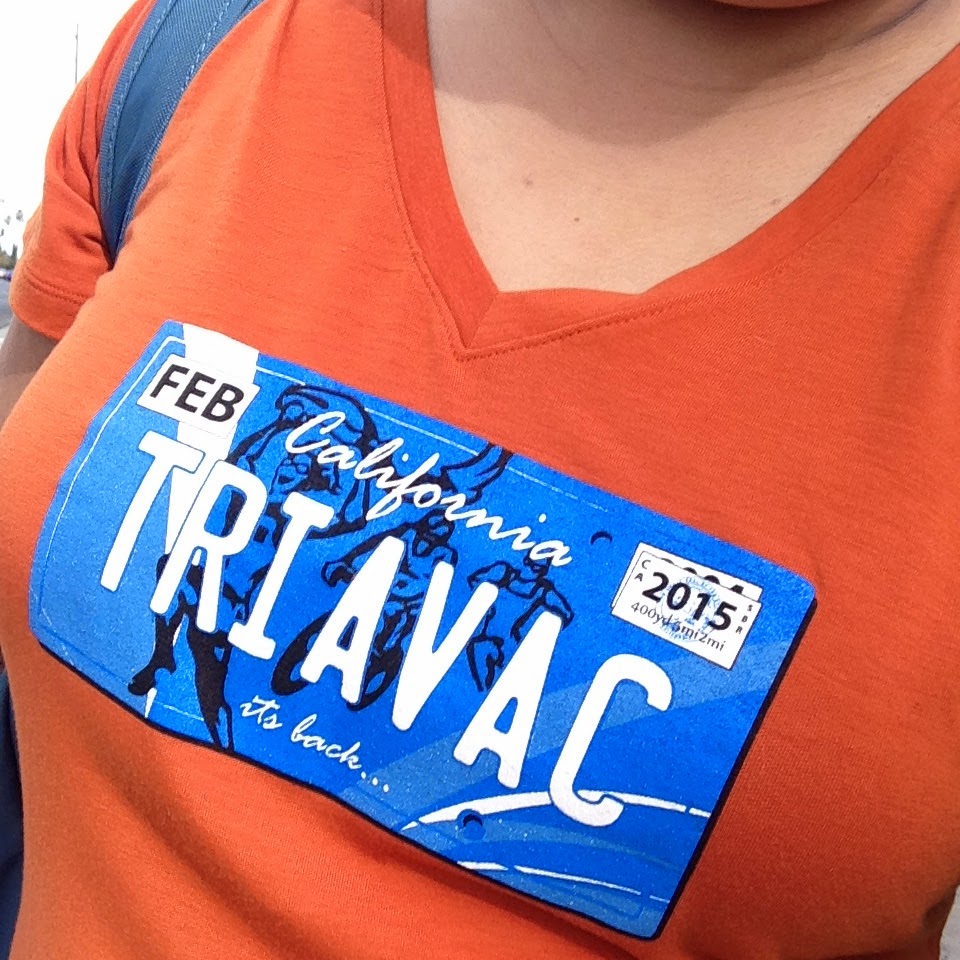 I did it! I completed my first triathlon!

February was a rather inauspicious month, since I got really sick (for two whole weeks) and it pretty much derailed any sort of training I had planned to do for anything.

That said, while I was super nervous going into it, I had faith that I could at least finish. This triathlon, put on by Almaden Valley Athletic Club, is what they call a super-sprint distance:

So yeah, shorter than a sprint tri, but it was still my first triathlon of any sort, and as a result, I was super, super anxious. It's funny, because I know that I can handle each of those legs individually (especially with training), but put them all together and slap the word "triathlon" on it, and I was scared s**tless.

AVAC is SUPER nice (as a facility), and all the people I met who work there were super nice too. So even though I was terrified, they definitely made me feel encouraged and welcomed. They had the tri set up so that five people were going at a time (because there are only five lanes in their pool), in waves spaced 15 minutes apart. If you took longer than 15 minutes to complete the swim, they would have you split lanes with the next person, and they had extra bikes set up on the deck right next to the pool (so we didn't have to travel too far to start the second leg). I was glad to be in one of the earlier waves, because it meant that no matter how long I took, I wouldn't be the VERY last person out there, since the last wave wasn't even starting until 3 hours after mine did. We set up our shoes and things on tables ("transition area"), and we each had a "Personal Motivator" - someone to cheer us on, count our laps, adjust our bike settings, and write down our official time splits. That was a first for me - I've been running races since before timing chips, and I've never had an actually live person keeping my time for me before :) (Shout-out to Ashley! Thanks girl!)

I was in the third wave, and the person in my lane right before me finished with a few minutes to spare, so I was able to get in a short warmup before starting. I used to be a competitive swimmer in college (not a good one, but I participated, and I even lettered!), but 400s were not my event, so it was definitely not going to be easy even if I had trained. I also found out that one end of the pool would only be 2.5 feet deep, so even for a short person like me, flip turns would be a bad idea. (I ended up doing all touch turns anyway - I haven't done flip turns for a while, and I didn't have enough of a chance to get used to the timing.) I think I started out at a fairly good clip, but got really tired about halfway through, so I slowed down a lot, and ended up the last person from my wave to get out of the pool. Even so, I finished well before the next wave was supposed to start, so... I know it didn't take me longer than 15 minutes :)

I hopped out and struggled into my capris and socks and shoes. With the exhaustion and the slight dizziness, and all the wet skin, this took way  longer than I would've liked. I felt like it took me forever, from the second I got out of the pool to the second I started pedalling. Note for next time: jammer suit!

This part was fairly straightforward. My quads were burning a little, but I finished it in about 13 minutes. (I got to watch the clock for this one.) Whether due to the distance or to my better level of fitness, I didn't feel as wobbly after this leg as I did for the duathlon I did in May, and I didn't have to put on or take off anything, so my second transition was much faster. 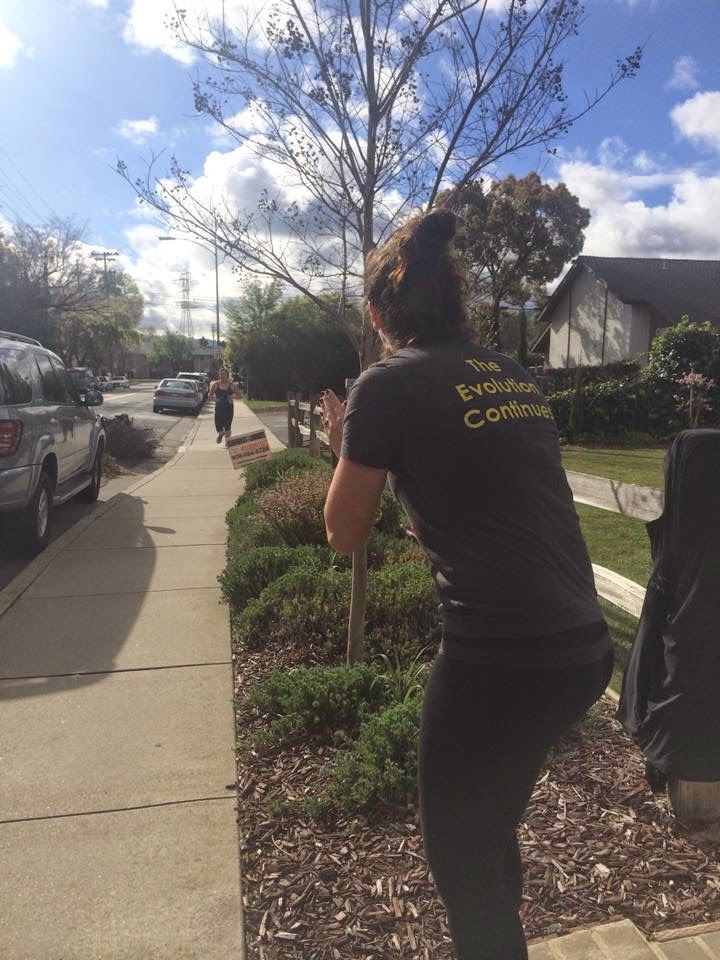 The last leg was a 2 mile run through the surrounding neighborhood, and by all accounts this should have been a BREEZE for me. However, the best laid plans go oft awry, and I found myself having to walk a lot thanks to some twinges of pain in my hamstring and a side stitch. And I don't remember the last time I had to deal with side stitches, so this was an unusual occurrence for me, because I'm normally fine when I run. There were volunteers on every corner to cheer us on and direct us where to go, and I was greeted at the finish line by Ashley (writing down my time) and a group of young cheerleaders. As I made my way back to the staging area, someone placed a medal around my neck (which I wasn't expecting, because I thought that they weren't doing medals for this race), and that was that. I'm hesitant to officially call myself a triathlete (even though, technically, I have completed a triathlon), but I definitely felt accomplished as I sat down with my post-race bagel.

I'm still waiting to find out my official time and splits, but I think I had already been in the middle of slathering cream cheese on my bagel when the MC announced that it was 9:30 - an hour since my start time. So as far as I know, I finished the whole thing in under an hour :)

Edited to add:
Official splits! I did both the swim and bike portions in 10:16 each. (Weird, they were the same!) Faster than I actually thought! And my run portion was 26:29, which was also faster than I thought, because I walked so much. Including transition times, my total finish time was 49:35.

When all was said and done, it was a really fun, low-pressure experience despite my nervousness. Now that I know what to expect, I think I could definitely do this again. It was a great introduction to the world of triathlons, and I don't know if I will end up doing a longer one or not (especially with my packed training schedule this year), but I'm really glad I decided to do this one.

Next up: I don't have another race planned until Tinkerbell #4 in May. Right now, I'm focusing on getting back on track with my training schedule and learning how to play quidditch :)