Life, lifting, and the pursuit of happiness 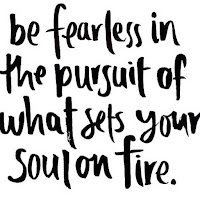 So, this is my first written post in a while! I know I've been sharing a slew of PR videos mostly.

School has started again, and that's been taking up most of my time. Between doing all the prep work and then vegging out at home at the end of a long day, I don't have much free time. I'm slowly getting back into the swing of things, but there's always an adjustment period. And even though it's my 10th year, I'm still trying to find ways to do things better and to keep myself from getting bored, so even if I'm teaching the same texts, I still have lots of work to do.

So far, my kids have been great. Things are never without hiccups, but I've got a nice mix of kids, and they all seem like good kids. Hopefully things will stay that way.

Outside of work, I've been trying to get back into my groove, workout-wise. I'm no longer training for CIM, thanks to my knee injury flaring up again, and I've been working hard with Steve to rehab it. But by the time I can even start running again, it'll be too late to train for a full marathon, so... I'm sad that this will be my first year not running a marathon in three years, but I know even the average person can't say that they've run three marathons in three years, so I'm trying to console myself with that. I do fully plan to get back to running again when I'm well enough, and I know I'm going to have to start from scratch. It feels disheartening, because I know what I was once capable of, but it won't be my first time starting over. *shrug* That's life, right? You do what you gotta do, for the things that you love.

In the meantime, I've been getting more into lifting.I've finally decided to enter a powerlifting competition in November, after receiving overwhelming support from... pretty much everyone, even people I don't know very well. It's always been an idea in the back of my head, a seed planted by Steve, just as something to consider.

Here's the thing... I don't know much about the sport of powerlifting as I do about other sports. I can tell you names of elite marathoners and I know that their mile time is less than half of my best pace (which I can't even run anymore). I can name some of the biggest names in roller derby, the ones who consistently make it to WFTDA championships with their A-level teams, and I know where I used to stand in relation to them. (That is, very far down the line.)

But what do I know about powerlifting? I know how to do the lifts, but I don't know anything about the sport. People tell me I'm strong, but it doesn't really sink in. I'm used to the sliding scale of running, where my PR is like, someone else's easy pace, but that's okay, because I'm really proud of my times. I guess in my head, I see lifting in the same way. Like, hey, I'm doing pretty well for myself, and I'm really proud of myself, but I'm no one special. I just show up, go through my workout, and then I go home and make dinner. I don't mean to make this sound like a humblebrag or anything, and I apologize if it does - but since I literally don't know anything about what's "pretty good" and what's awesome, I don't really pay attention to where I stand. I mean, really, I just know what's good for me, and that's good enough.

And then stuff happens where I start to think, maybe what I'm doing IS kind of a big deal? Earlier this month, we had an open house/celebration sort of thing at the gym because we recently expanded into a larger space (and it is AWESOME), and usually these functions are the only time where I get to see such a large number of members all at the same time, since we all usually keep to our own schedules.

It's surreal to me every time, when I meet someone new at these things, and they've already heard of me. "Oh, you're THE Thu??" I don't think I'll ever get used to that. I think I'm pretty safe in terms of letting it go to my head, because I totally don't know how to process it when people react to me that way, and then I turn into an awkward turtle. I'm serious - I have a hard time dealing with attention (except for when I'm teaching, of course), so it's not like I'm sitting here patting myself on the back or anything.

I'm bringing this up not because I'm trying to brag, but because actually, I'm in awe. I'm in awe at the absolutely overwhelming amount of support I've been getting from my coaches, fellow gym members, and family/friends at large. I guess I am bragging a little - not about my accomplishments, but about the fact that I've got an amazing network of supporters who boost me up and keep me going. I'm so lucky to have so many people in my life who believe in me.

So, I am going to do this. I'm signing up for a deadlift-only event, because it's not enough time for me to train all three lifts, but I am going to rock the hell out of my one lift because I really want to make you guys proud.

I don't know if I'll ever get around to doing a full competition, because I have some major life changes looming on the horizon (which I'm not ready to share about yet online, but will gladly discuss in person with my real-life friends), but I definitely wanted to get at least this one thing under my belt before those life changes happen.

Because life is uncertain, right? And we've got to carpe that diem before the opportunity passes us by. I don't know where this little foray into powerlifting might lead, but I'm going to enjoy it while I can.