Sports Illustrated decided to depart from their usual cover girl type and put plus-sized model Ashley Greene on one of their three covers for their annual swimsuit issue. While this is a momentous step forward, I can't help thinking, It's 2016, you guys. Take a bigger step!

Ashley Greene, at least, is a true "plus size." Apparently it's only in the modeling world that a size 8 or 10 is considered plus-sized; Ashley is a size 16. You go, girl! Again, this is a big deal, and I assume that making this decision was a big deal for SI.

But that's just it - it's 2016, and the discussion around body positivity and beauty has progressed leaps and bounds, but putting a plus-sized model who is otherwise conventionally beautiful, conventionally feminine (long hair, no muscle outlines), conventionally shaped (hourglass figure, narrower at the waist, with proportional hips and breasts), and conventionally everything else (young, white, able-bodied, etc) except for her size... well, that's a little progress. 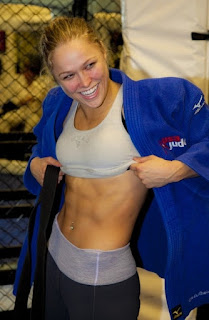 Oh right. The mainstream world probably doesn't consider her amazing abs as conventionally feminine. And showing off your muscles does not cater to the male gaze.

Also, don't get me started on the fact that these three women are sharing covers. Maybe I'm doing a bad job at assuming positive intentions here, I don't know. Maybe they really DID want to have "something for everyone." One plus-sized model to appear progressive, one popular athlete to appear relevant and "sporty," and one "normal-looking" model for everyone who can't handle anything beyond the mainstream.

But look - I don't subscribe to Sports Illustrated. I've bought a few issues that featured favorite athletes, but I'm not a regular reader, so I don't know what their MO is, or what their company line is regarding their swimsuit issue. (I've also never flipped through their swimsuit issue, so if I am indeed judging a book by its cover, and all the photos inside are totally, widely diverse in many different ways and breaking down all sorts of barriers, then feel free to disregard what I've said.)

Maybe they are absolutely shameless and open about the fact that they only intend to cater to (heterosexual) men (nevermind the fact that there are many, MANY female sports fans), and that the swimsuit issue was never intended to be anything more than a way to make money and to offer up some one-handed reading material. In that case, there's nothing more to say, and no more changes to offer, because we're kind of at an impasse.

But if ya want to feed me a line about how they're trying to celebrate bodies and how "beauty is not 'one size fits all,'" then really... I think they could do better. Case in point: I look forward to ESPN's Body Issue every year. This issue showcases nude athletes in all their glory. Yes, some of the photos feature seductive poses, but they also feature poses that are powerful and awe-inspiring, or fun-loving and carefree. They feature men AND women, all body types, all range of visible muscle, and they really celebrate the athletic body. 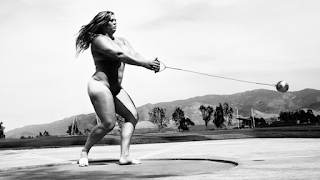 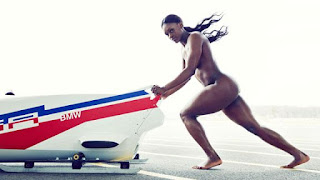 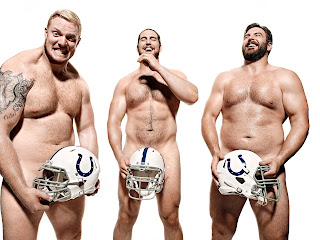 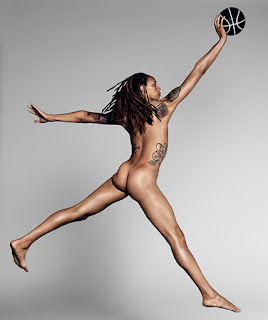 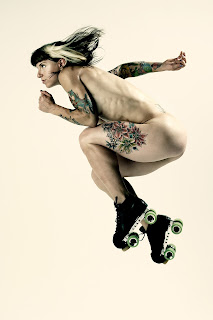 So, yeah... Again, I'm not trying to bash any of the models on this year's SI cover, nor any models who have previously been on covers. They have a job to do, and it's not their fault that mainstream media has such a narrow definition of beauty. However, if we want that definition to be more inclusive, we need mainstream media to make a much bigger push.

I would be remiss if I didn't mention this post that George Takei shared on social media that details two other models who were in the SI swimsuit issue this year - both are plus-sized, one is a black woman and the other is a woman in her 50s!

Gotta give credit where it is due - I think this is an awesome step forward in terms of representation. (The objectification discussion, however... well, let's table that for another time.)