Romance novels, and why the personal is, in fact, political 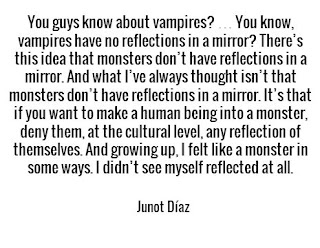 I know this isn't my book blog, but bear with me here. I want to talk about romance novels.

I like them. I read them a lot. Not so much with the corsets and men riding horses, but just contemporary, new adult romances, because they're fun, sexy escapism, and they're quick to read. (We all have our things, I guess.)

Maybe it's because I tend to seek out the free/cheap ones instead of casting my net farther and wider, but I had a very obvious realization this morning about romance novels...

I had just dropped off my daughter at school and was on my way to work when I happened to drive by a guy I know, whom I'll just call X because I don't want to embarrass him or make things weird when I see him.

I haven't seen X in a really long time, and this morning I just happened to drive by him. He must've been walking out to his car or something, about to go to work, and first of all, I was surprised just to see him there at all, and secondly, I remembered how good-looking X is.

Make no mistake - I have no interest in dating him or anything (I am happily partnered, thanks very much!), but let's not pretend that we don't notice other people, okay? The world is full of beautiful, attractive people, and I'm lucky to know some. (Many, in fact. Men AND women.)

Anyway, so I've always thought that X is a good-looking guy, but what I should note about X is that he very much NOT the sort of guy you'd ever described in a romance novel (aside from being young and white, really). Romance novel heroes are pretty much always muscle-bound GODS, like their biceps will explode if they flex a certain way or something. X does not look like that. (I'm not saying that as a criticism or anything; it's just fact.)

And actually, most guys I know do not look like that, including my partner, whom I love very much and find extremely attractive. Sure, I know a few really muscley guys who look like romance novel heroes, but for the most part, the men I know come in a variety of shapes and sizes. The god-like, rippling muscles are but a small percentage of real, live men.

And of course, there are the women in these novels, who have a specific body type as well - slender, but with "perfect" bosoms and long hair in a feminine style. On the rare occasion that I've read a book with a heroine who isn't skinny, she's only described as "curvy." And curvy is a specific body type that doesn't represent most women either. Having an hourglass figure is not the same as being fat. (She's also always small enough to be picked up in the muscle-dude's arms too.) 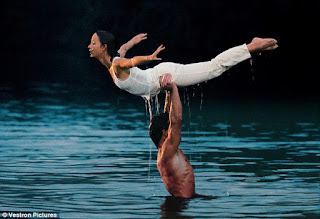 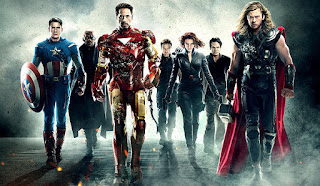 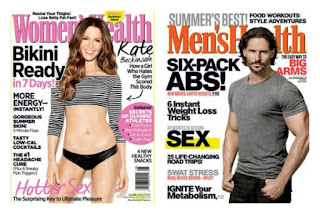 ... they're always the same. (And I haven't even touched upon race representation either.)

So, I thought, MAYBE I could write my own romance novel. One where neither the guy nor the girl fits societal standards of beauty, but they are interesting, well-developed characters who are as deserving of love and affection and sex as any perfect-bodied hero or heroine.

And then I thought about all the other types of people who are rarely ever represented in romance novels (or, at least, represented as the main characters who get their happily ever after). How would I pick and choose? Suddenly, it's not just personal anymore; it's political.

And then I thought of people who are always like, "WHY DOES EVERYTHING HAVE TO BE PC THESE DAYS? YOU CAN'T REPRESENT EVERYONE IN EVERYTHING!" (Note: Usually the people who say this sort of thing get really butthurt when they don't see their usual white, cisgender, heterosexual, able-bodied, conventionally-attractive cast of characters represented in all THEIR media.)

And yes, they are right that you can't represent everyone in everything. But you should represent everyone in SOME things. In MOST things. Every person should see themselves represented somewhere, and not just as a villain or a secondary character or (worst) a non-speaking extra in the background. And definitely not as a stereotype either. We should all be able to see ourselves represented in media as real, complex, living, breathing human beings.

Because what happens when we're not represented in media? We are erased. And I'm not just talking about posterity; I'm talking about RIGHT NOW. We don't exist in the media. No one sees us, aside from fleeting encounters which may or may not be bad representations anyway.

If you grew up consuming media where fat people were only portrayed as sexless, gross, butt-of-the-jokes sidekicks, how does that shape your conscious and unconscious attitudes towards fat people?

If you grew up consuming media where disabled people were only portrayed as tragic figures suffering nobly, with no inner life or thoughts about anything other than their disability, existing only to further the personal growth of able-bodied people, how does that shape your conscious and unconscious attitudes towards disabled people?

If you grew up consuming media where the main romantic relationship is one where the man is constantly rude, controlling, and inconsiderate of the woman's wishes but the woman keeps letting him back in her life and in her bed anyway, how does that shape your conscious and unconscious attitudes towards relationships? (Or even, if that media only portrays relationships as being between a man and a woman, period, how does that shape your attitudes as well?)

If you grew up consuming media where you never see anyone similar to you, how does that shape your conscious and unconscious attitudes towards yourself?

(And if you have any good suggestions for intersectionally-diverse romance novels, feel free to let me know =P)