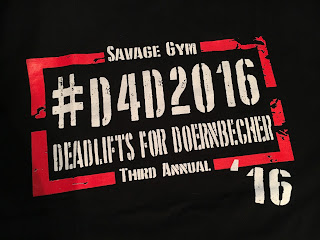 It's been a strange couple of weeks, as we've been hit by snow and ice, and it's the first time I've ever really had to deal with that. (Because, you know, I'm Californian.) This morning, I headed out in 28-degree weather (very slowly!) and made my way over to my gym for Deadlifts for Doernbecher. I was already pretty nervous about competing, and then with the added stress of driving conditions that I'm not used to, I was feeling a little shaky when I finally pulled up.

This was my third competition, and I wish the nerves would get easier to handle, but they appear every time, whether I'm doing a full meet or whether I'm just deadlifting (which is my favorite lift, and the one I'm best at, so by all means, I should feel the most confident at deadlift competitions). I'm nervous every second until the moment I touch the bar, and then something snaps into place and my body remembers what to do. (That's why we train so hard, I suppose.) And then I go back to being nervous until it's my turn to lift again.

Luckily, though, I decided to have Jeron (my coach) decide my lift attempts for me, and they were all numbers I have lifted before, many times, in training - 385, 415, and 440. I made all three successfully.

(Sorry, I don't have any video at the moment. I think there was a livestream feed, but I can't find it at the moment. I will come back and edit this post if I manage to get access to it. I didn't get a chance to ask anyone to record me separately.)

So, no, I didn't PR today, but hey, there's something to be said for walking up to the bar and knowing that, unless some freaky fluke happens, I would be capable of making the lift. The 440 still felt relatively easy (not easy, but... you know), and I know for sure that I could've gone heavier. However, I'm still working on being more consistent in my training and getting my numbers back up to where they once were, safely, so that 500lb pull will have to wait a little longer :) Maybe next year? 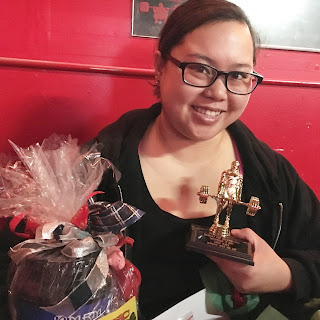 This is pretty cool because I won a rather generous prize pack, and while of course the trophy is the coolest, best thing, I've never actually won stuff before. Half of it I don't even know what to do with, but it's still pretty cool :) I feel like a real athlete now or something. (I know, I've always been a real athlete, technically, but I won some gear, yo!) 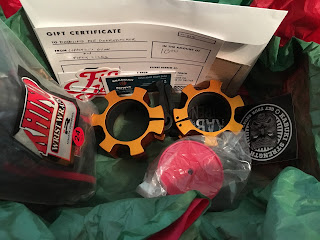 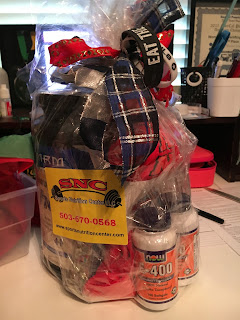 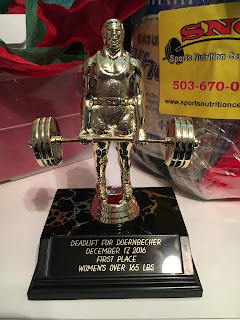 The best part, perhaps, is that this was my first event with Team Savage, at our home gym, and I'm starting to feel like part of the team now :) I've been here only just a few months, and I'm slowly getting to know everyone, and it was really nice to spend the day with the team, as well as other lifters from around the Portland area.

All in all, a great day, and the event raised over $5,000 for Doernbecher Children's Hospital! I definitely plan to do this again next year. Happy to deadlift for the kids anytime :)