Some thoughts on the new live-action Beauty and the Beast 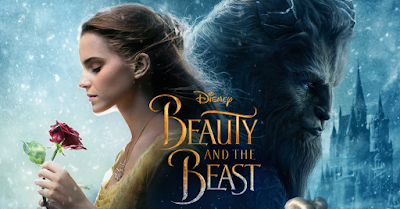 Okay, so fair warning: Beauty and the Beast is one of my favorite Disney movies, and Belle is absolutely my favorite Disney princess. (See?) As a kid, I of course identified with her as a book-loving outcast. Also, I love the, uh, Frenchness (?), and I'm sure it had something to do with my decision to take French in high school.

Therefore, I was rather intrigued when I found out there would be a live-action remake, and I was SUPER excited to find out that my favorite princess would be played by another favorite bookworm of mine, Hermione Granger Emma Watson. (PS - Before I ever found out that she was cast, I had made a list/photo collage of Disney princesses as my favorite YA characters, and I totally had Belle as Hermione. JUST SAYIN'.)

So, this movie had a lot to live up to. In some ways, it hit, and in other ways, it missed, but overall, I enjoyed it. I still prefer the animated movie from my childhood, but there are definitely some things I really liked about this one.

Some scattered thoughts (and I guess I should give a spoiler warning, not for the stuff everyone already knows from the animated movie, but for the changes that were made):

Okay, that's all I've got for now. I am still very firmly attached to the animated one, but I liked this one too - it didn't ruin the old one for me, and it even added some new elements that I really enjoyed. :) Yep, still my favorite Princess.

New comments are not allowed.