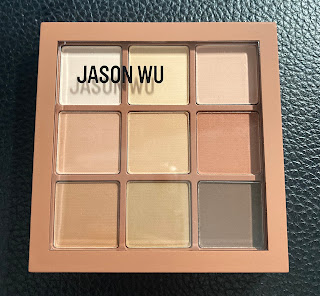 I've been super excited about the influx of new makeup brands lately at Target, especially since they are designated as "Clean at Target" (though YMMV when it comes to the label "clean"). One of them is a brand called Jason Wu Beauty, by a Taiwanese-Canadian artist/designer of that name. (Sorry, I don't know anything about him. I had to google that.)

His collection looks to be lots of neutral, natural tones, in an assortment of products for all over the face, but not enough to do a full face. (Like, I see tinted primers, but no actual foundation or concealer?)

After watching some other reviews on YouTube, my interest was piqued, and I decided the first thing that I really wanted to pick up, actually, was his eyeshadow palette in Matte Agave, as the only all-matte palette in his line. I've been in search of an clean-beauty all matte palette that would function really well as a collection of base shades, because I'm very into wearing my highlighters as my eyeshadows, or my one-and-done cream shadows. I have tried wearing my powder bronzer as eyeshadow, but bronzers are meant to be warm, and I wanted a range of undertones, and this one seemed to fit the bill. (PS - I have used Urban Decay's Naked Basics palettes in the past for this purpose, and I liked them fine, but as they are themed warm/cool/etc. just like the full-sized Naked palettes, I was still kind of hopping between them a lot.)

The shades aren't named or numbered in the palette or anything, so I numbered them for the sake of this post: 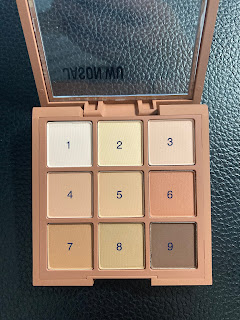 These were swatched using my fingers on top of Urban Decay Primer Potion (because I pretty much never wear powder shadows without an eye primer). On the whole, I thought they swatched pretty well, and there's a nice variety of shades here to make this a nice versatile palette.

Now, I said I got this to use as a base palette, with the intention of supplementing in my own shimmers, but I did put together a quick eye look using just this palette, just to see how well it COULD stand on its own: 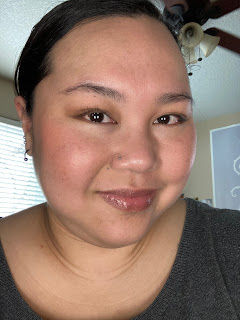 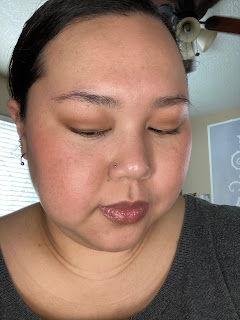 They were pretty easy to work with, and no, they don't make for the most exciting eye look, but it's kind of what I wanted anyway? A nice, goes-with-everything matte neutral palette, to support the more exciting shimmers and metallics that I want to wear by adding some dimension. (After I took these photos, I used my finger to tap on some highlighter, and the effect was perfect.)

So, why buy this and not, like, an eyeshadow palette that already has a combination of mattes and shimmers? Well, here's my situation:

Matte Agave has a nice assortment of neutral mattes and looks like it will play nice with anything I already own, and isn't too bad by itself, actually, so if I only have time to open ONE palette in the morning, this could do the job just fine. (And if I had to use another palette in addition to this one, at least it's small, and I won't feel like I have no free space on my makeup table, if that makes sense.)
Matte Agave is like that one person at your school who feels comfortable talking to people from EVERY group, and it's good to have one of those in your collection.